Board near the taxi zone at Union Station West (adjacent to Alameda St).

From the South Bay: 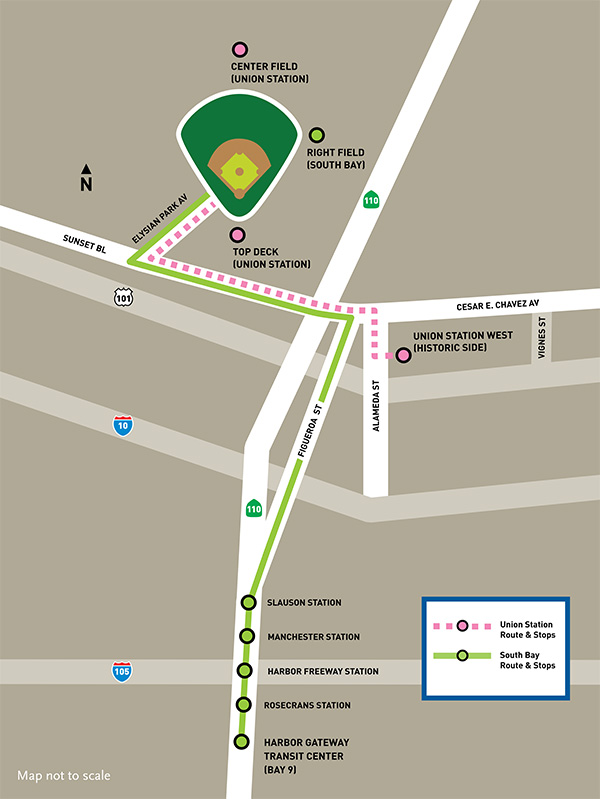 Note: Riders will be permitted to board at Cesar E. Chavez/Broadway if space is available