Connect at Union Station with the Dodger Stadium Express to catch AC/DC’s “Rock or Bust” concert September 28th. You won't have to fight traffic, thanks to a dedicated bus lane that will speed your trip to the stadium. Best of all, your concert ticket is good for the fare!

Union Station is served by many Metro and municipal bus lines and Metro Rail's Red, Purple and Gold lines, as well as Metrolink and Amtrak. So it's easy to leave your car at home and connect with the Dodger Stadium Express.

To plan the route that’s best for you, use the Trip Planner , or call 323.GO.METRO. 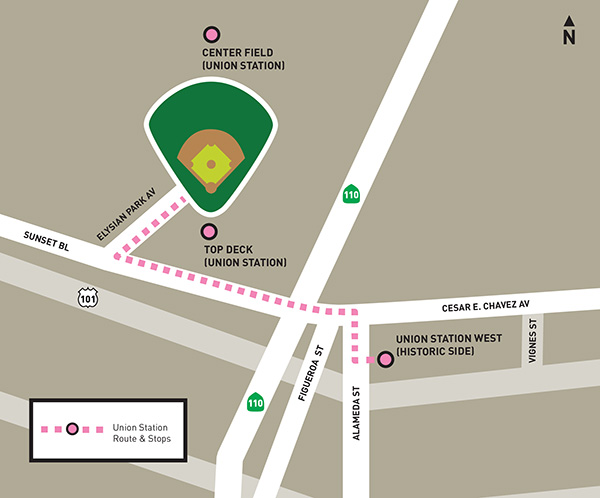 *Concert tickets are good for fare on the Dodger Stadium Express only. Regular fares apply on all other connecting bus and rail service.