Line 164 – To improve service for the majority of passengers with destinations east and west of Warner Center, Line 164 now remains on Victory Bl between Topanga Canyon and Owensmouth Av in both directions, and maintains a direct connection with the Orange Line at De Soto Av and Victory Bl.

Line 169 – Service has been extended north to the Canoga Orange Line Station, continuing on Topanga Canyon, east on Victory Bl and north on Canoga Av to the station. The eastbound route operates over the same streets.

Line 750 – The route has been extended further north to Canoga Station via Owensmouth Av, east on Victory Bl and north on Canoga Av to the Orange Line Station. The eastbound route operates over the same streets.

The Shuttle costs the same fare as any other local ride on the Metro system, $1.75 one way. When using a valid TAP card, the fare includes transfers to other Metro lines for up to two hours to complete a one-way trip. 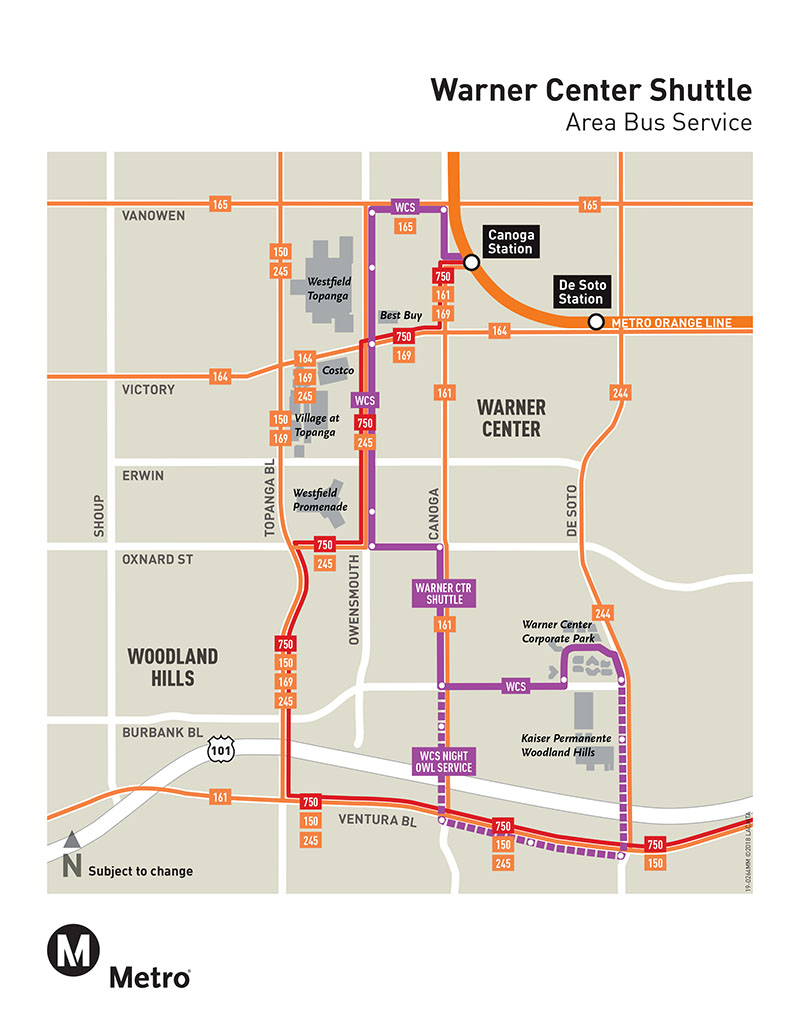