Special districts are geographic areas in which local property owners or businesses agree to pay an assessment in order to fund improvements or services from which they expect to directly benefit. The types of special districts range widely – business improvement districts, parking districts, infrastructure financing districts, revitalization zones, service areas, and others – but all are a means to fund investment that will impact the area’s constituents. The cash flow stream from the districts can be used to pay directly for the improvements or to secure financing for a project. In doing so, the financial risk for infrastructure investments is often shifted from the municipality to the property owners likely to benefit from the proposed improvement. 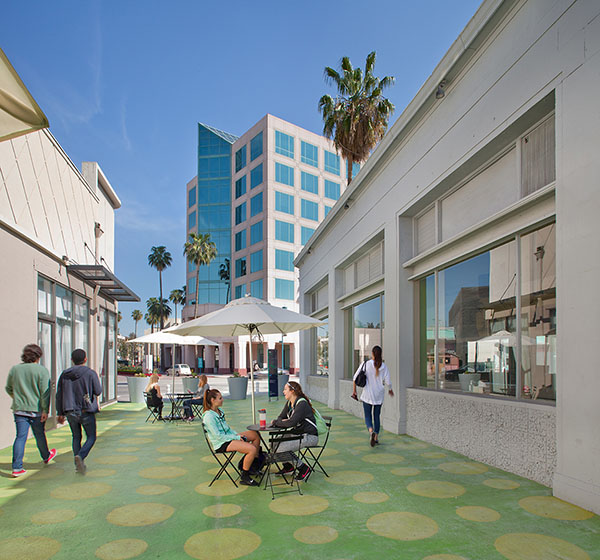 While the means to establishing these districts vary, most follow a similar process. For example, the process to form a Business Improvement District (BID) begins with local business owners petitioning the City Council to form a BID through an official ordinance. BIDs can only be formed through a municipal action. After the City Council approves a resolution of intent supporting the initiative, the terms of the district specifying types of improvements and activities are distributed to all affected businesses. BID formation relies on majority support; if greater than 50% of the affected businesses protest the action, the formation effort fails. Otherwise the BID is formed. Assessments to support the BID will be levied against the business owners within district in proportion to the benefits received.

The North Hollywood Business Improvement District (NoHo BID) was formed in 2007 to coordinate the efforts of property owners to improve the area’s quality of life. The NoHo BID is an active presence in the neighborhood, and through assessments it supports a variety of activities that support the participating businesses. Key services include cleaning and maintenance of NoHo’s commercial core, coordinated marketing and development, and increased funding for safety patrols.

The BID’s activities are frequently tied to the site’s transit options. The district is serviced by the Red line and Orange line termini. These heavily utilized stations connect directly to the commercial corridor maintained by the BID. In partnership with the Los Angeles Department of Transportation, NoHo BID was instrumental and in the creation of the NoHo Plaza along Lankershim Boulevard. The plaza contributes to the area’s transit-oriented design by improving the pedestrian experience and enhancing the urban realm. The plaza can also be expected to benefit nearby property owners as pedestrian traffic increases.

In addition, NoHo BID is responsible for sponsoring a range of events and activities that leverage the area’s transit links to drive traffic to area businesses. Regular events include LitCrawl Los Angeles and street fairs featuring a range of food offerings. The most recent LitCrawl, for example, attracted over 3,500 people, to bars and venues throughout the NoHo BID.

Prior to construction of the South Lake Union Streetcar project, property owners located along the proposed streetcar line approved a Local Improvement District (LID) that helped to finance over half of the construction cost of the streetcar project (over $25 million in funding). The LID was passed with 98% support for local property owners. LID fees were based on property value, parcel type, and proximity to the streetcar line. Property owners were provided with the choice to either pay the full assessment fee up front, or over an 18‐year period.

Launched in 2005, the South Park Business Improvement District (SPBID) manages a 32 block area containing STAPLES Center, L.A. LIVE, Los Angeles Convention Center, California Hospital Medical Center, and the L.A. Metro Pico Station. As South Park experiences a residential boom and continues to develop as an entertainment district, the BID is responsible for keeping the area clean and welcoming while leveraging opportunities to improve the vibrancy of the neighborhood.

To that end, SPBID was awarded approximately $1 million for pedestrian improvements around the Metro Pico Station as part of the My Figueroa project. The planned improvements (scheduled for completion by the end of 2016) include additional pedestrian lighting, more visually appealing fencing, landscaping, and improved wayfinding. Once completed, these improvements will enhance the pedestrian linkages between the Pico Station and a multitude of commercial, residential, and entertainment destinations such as L.A. LIVE, STAPLES Center, and the Convention Center.