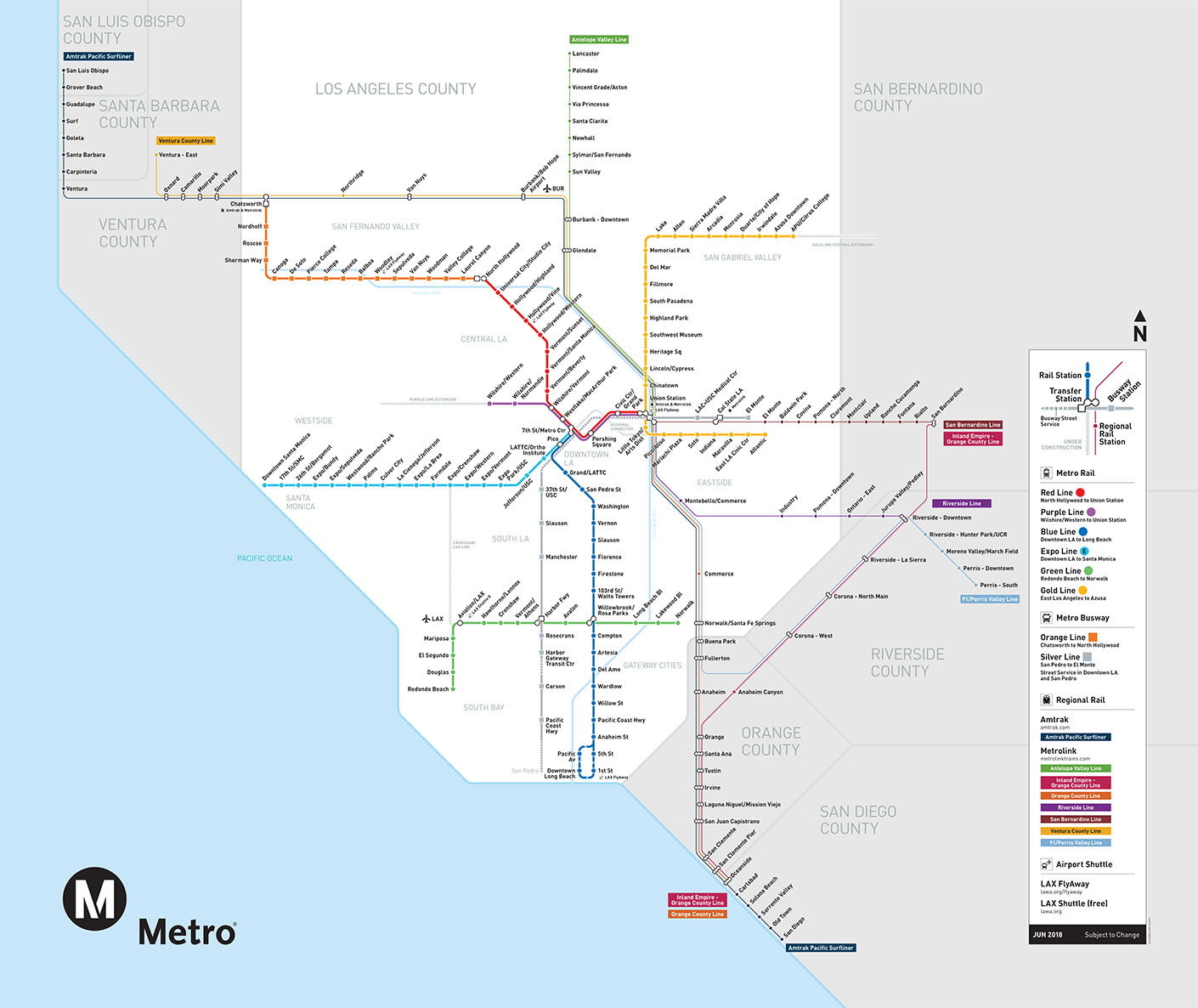 The Regional Rail unit at Metro is responsible for considering the planning, programming, and implementation of commuter rail projects in L.A. County that are or will be operated by other agencies such as Southern California Regional Rail Authority (SCRRA) (also known as “Metrolink”), Amtrak, California High Speed Rail Authority (CHSRA), and freight. This unit also manages and coordinates capital improvement projects, including studies, engineering and construction, along approximately 150 miles of Metro owned and Metrolink operated railroad right-of-way. Metro Regional Rail continues to advance projects that improve regional rail mobility in the County, including preparing for the eventual arrival of High Speed Rail as well as modernizing Union Station to transform it into a world class transit and mobility hub for all operators.

SCRRA is a joint powers authority (JPA) which operates the Metrolink commuter rail service on behalf of the five counties in the greater Los Angeles Metropolitan region. The Los Angeles County Metropolitan Transportation Authority (Metro) is a member agency of the SCRRA. In addition, Metro is a member agency of the Los Angeles-San Diego LOSSAN Joint Powers Authority. The LOSSAN corridor is the second busiest intercity corridor in the nation.

Metro is instrumental in the planning and coordination efforts within the County of Los Angeles for the future high speed rail program connecting northern California to Southern California. The Metro Regional Rail unit is involved with regional and statewide groups working to develop integrated commuter and intercity passenger and freight rail service in Southern California.