Segment A, which stretches from the future Metro Crenshaw/LAX Line Fairview Heights Station to the Metro Blue Line Slauson Station, has completed the environmental clearance and initial design phase.  The project is currently preparing to enter into the final design/engineering and construction phases.

Segment B extends the corridor further from the Metro Blue Line Slauson Station to the Los Angeles River on the eastern-end along Randolph Street. In March 2017, Metro completed the Alternative Analysis and identified Randolph Street as the Locally Preferred Alternative. Segment B is entering the environmental clearance and preliminary engineering phase. 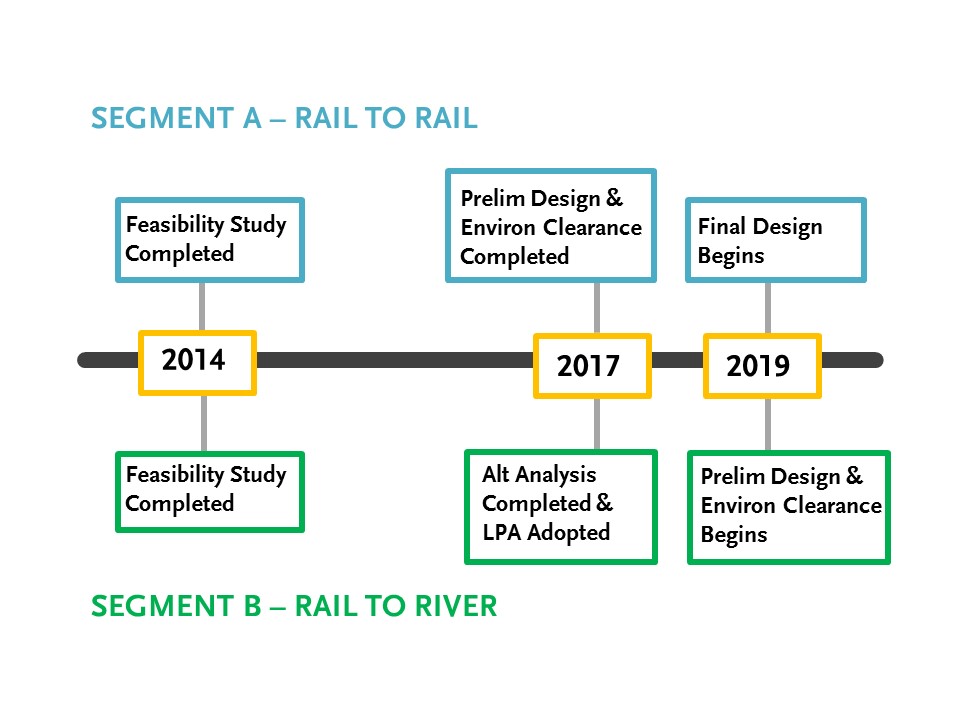