The Purple Line Extension, Section 1 Tunnel Boring Machine Art and Naming contest was a historical event.  A panel of judges made up of community leaders helped select the finalists from over 60 entries across Los Angeles County, while over 3,500 votes were casted for the prize-winning art and names.

The names “Elsie” and “Soyeon” (pronounced “So-Yun”) were selected from a winning entry submitted by 9 th grade, Fairfax High School student, Marianne Gutierrez. Soyeon is Korean for “bright” and “beautiful” and was named after female astronaut and mechanical engineer Yi Soyeon. Elsie was named after Elsie Eaves, the first female to be elected as a member of the American Society of Civil Engineers. 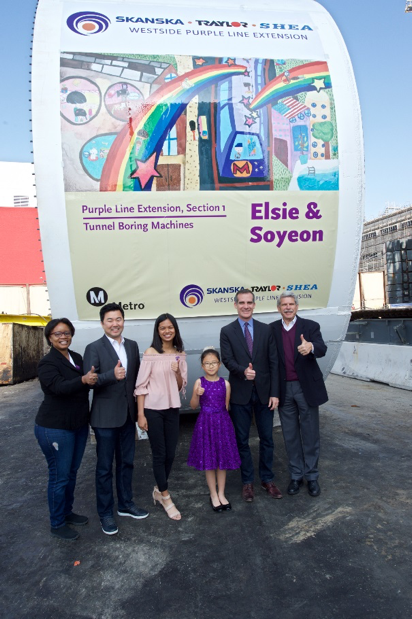