Green Line stations will re-open at 3am Sunday, April 1

Metro’s contractor, Walsh/Shea Corridor Constructors has connected the Crenshaw/LAX Transit Project infrastructure with the existing Metro Green Line. Rail service to all stations will resume at 3am on Sunday, April 1, 2018.

A free Green Line bus shuttle will continue to provide service to all closed stations between the Hawthorne/Lennox station and the Redondo Beach station until the end of service on Saturday, March 31.

NOTE:
LAX G Shuttle will be moving back to the Aviation/LAX station starting Sunday, April 1, 2018.

What is the bus schedule?
The bus shuttle schedule will remain the same as the Green Line schedule but will include extra travel time due to street traffic.

What buses and shuttles can I catch at the Hawthorne/Lennox Station during this closure? 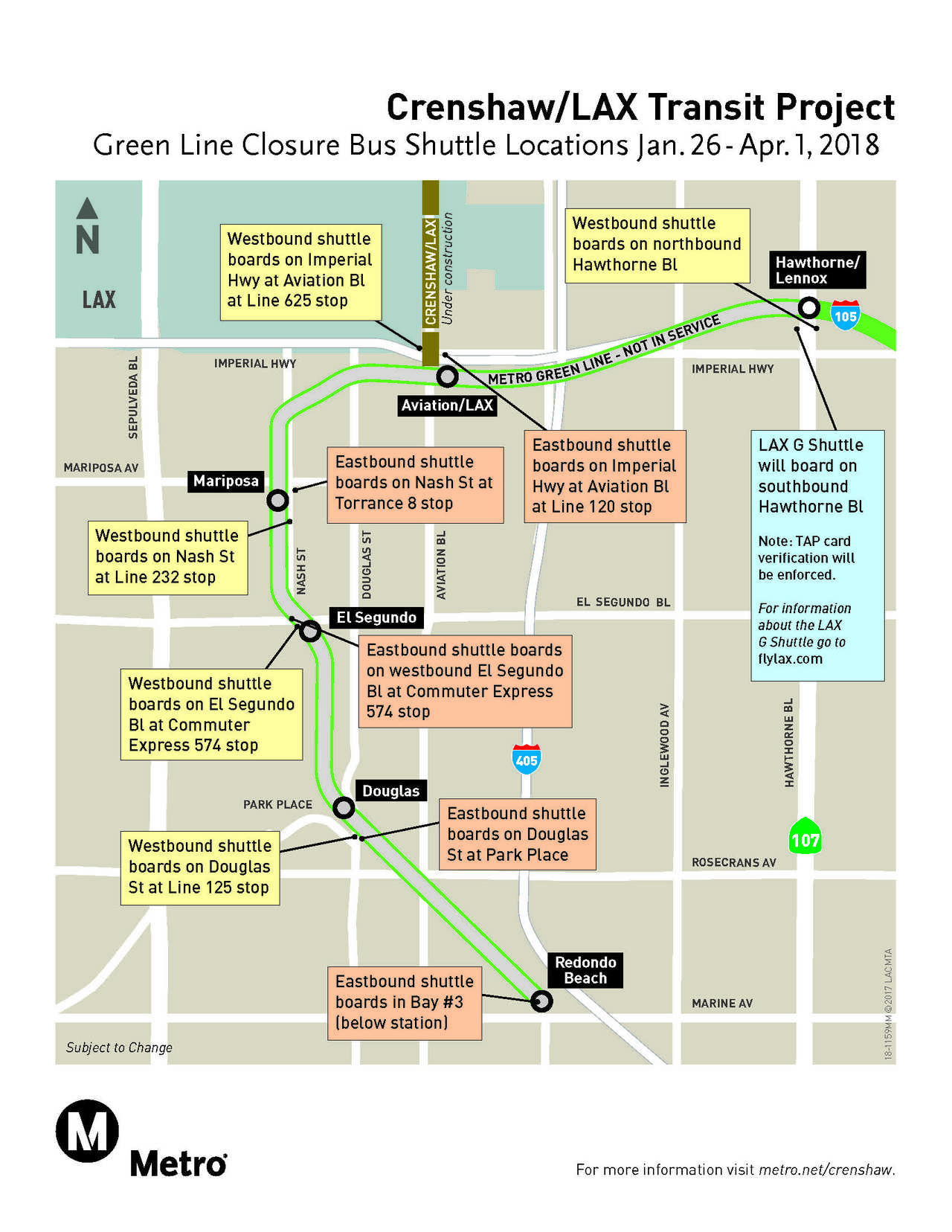