The information below will remain for archive and records. 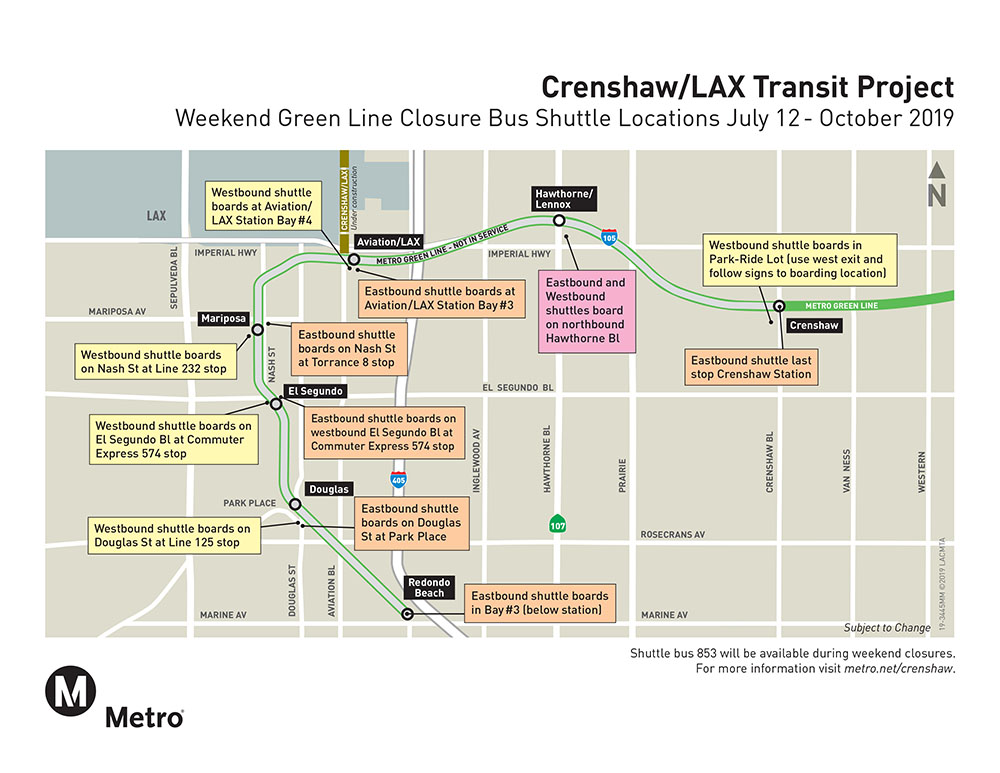 Green Line Rail weekend service will be suspended between Crenshaw Station and Redondo Beach Station starting at 9 pm Friday, July 12, through October 2019. Service suspension will be only on weekends. Green Line rail service will resume at 3 am Mondays. 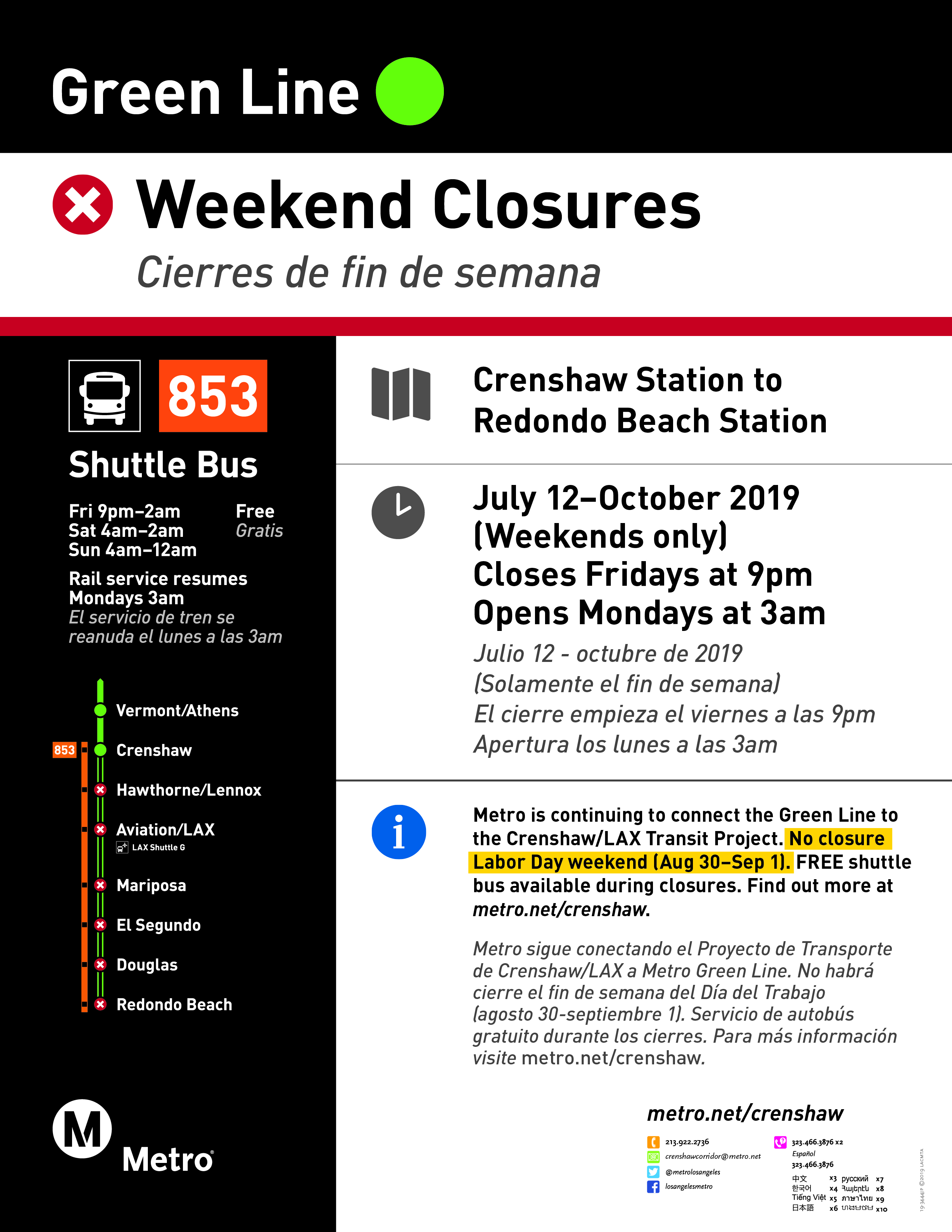 Back To Main Crenshaw/LAX Page