Metro has completed a Draft Environmental Impact Report (DEIR) for the North Hollywood to Pasadena BRT Corridor Project pursuant to the California Environmental Quality Act (CEQA). Metro is the lead agency for the EIR. The Draft EIR was prepared in accordance with Sections 15120 through 15132 of the CEQA guidelines. Read the DEIR here .

The project analyzed as part of the Draft EIR is a proposed Bus Rapid Transit (BRT) line that would extend approximately 18 miles from North Hollywood to Pasadena and serve as a regional connection between the San Fernando and San Gabriel Valleys. 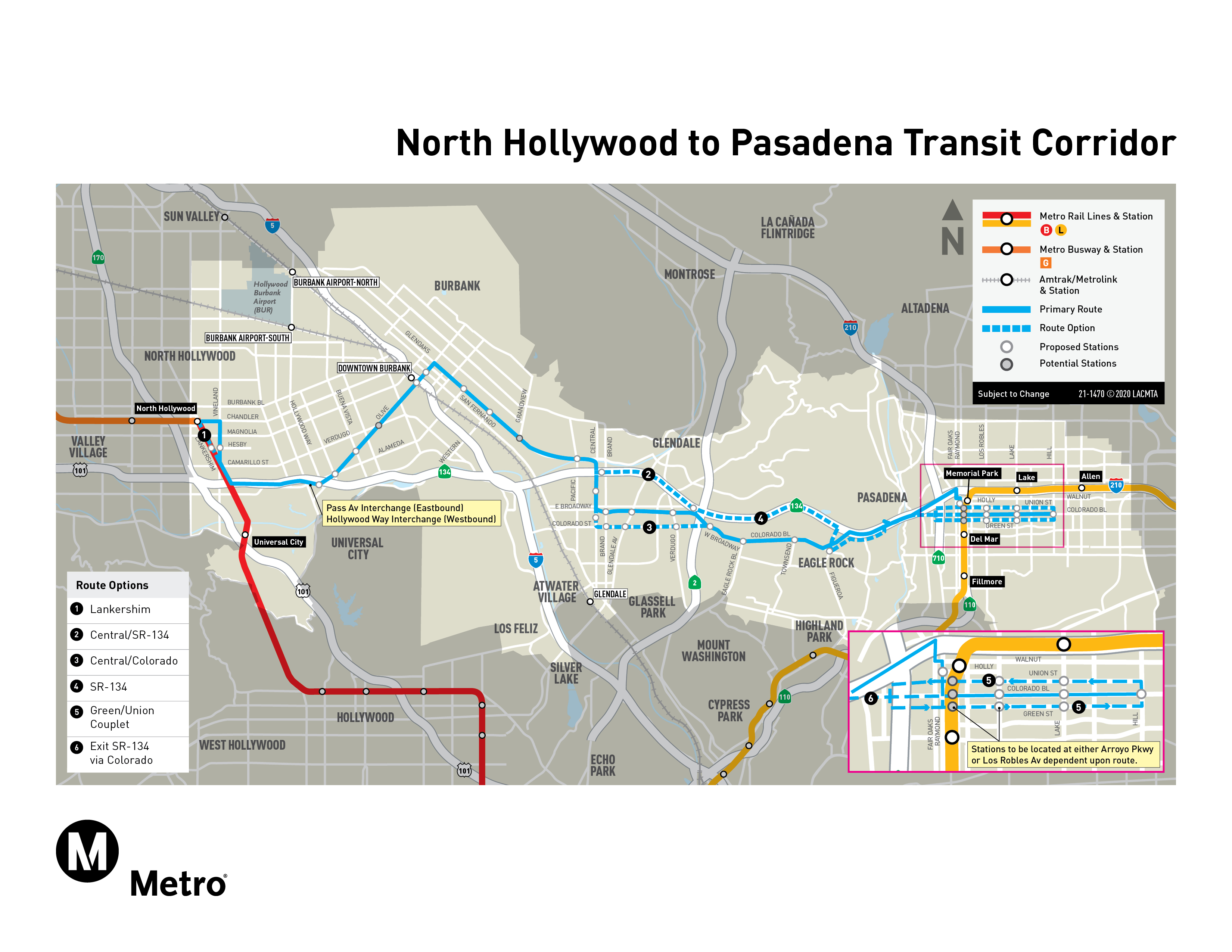 Generally, the proposed project would include:

The purpose of the Draft EIR is to disclose the impacts of the Project on the environment. The Draft EIR will address the following topics:

Project design features and mitigation measures to reduce potentially significant impacts during construction and operation were identified in the Draft EIR .