The northern limits of the project area are the terminus of the Los Angeles River Greenway Trail at Riverside Drive, with southern limits at Atlantic Blvd where the Los Angeles River Bike Path begins in the City of Maywood. Many of the neighborhoods in the area surrounding the project corridor are predominately industrial with high volumes of truck traffic, deteriorated roadways, a lack of sidewalks, street lighting, and at-grade rail crossings. Additionally, there are freight and passenger train movements on tracks adjacent to the River along several segments of the corridor. 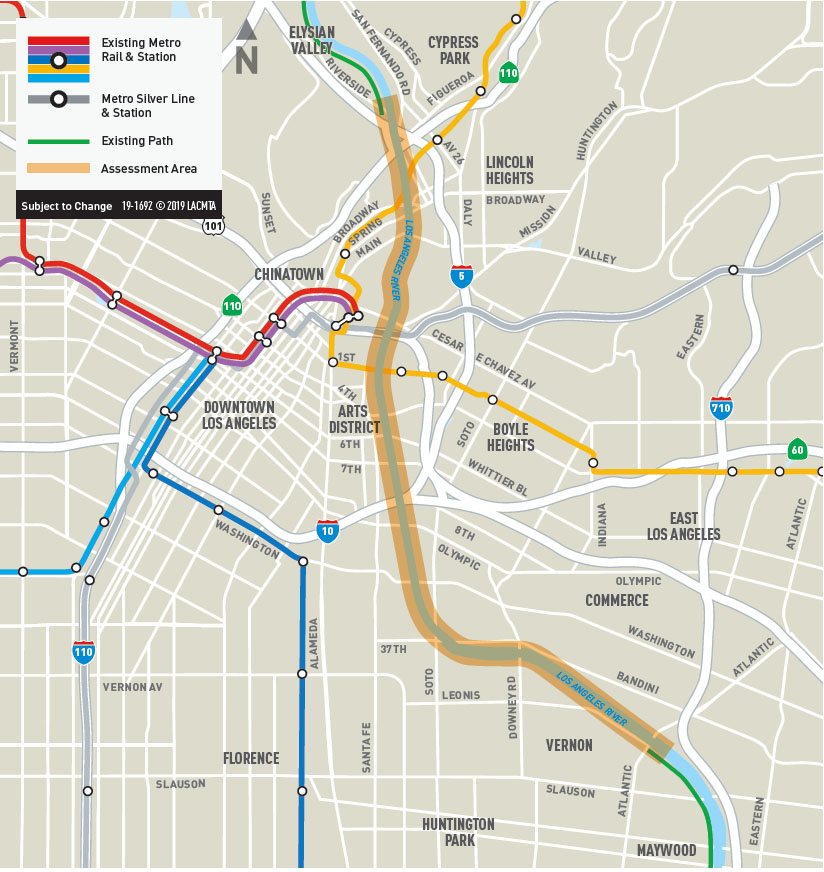