The North Hollywood (NoHo) Station is at the intersection of the Red and Orange Lines, a major transit hub in the San Fernando Valley, and Metro’s third busiest station with over 28,000 daily boardings. Metro owns 15.6 acres surrounding the Station which include the Orange Line turnaround, a local bus plaza and 950 transit parking spaces. At the heart of the rapidly developing NoHo Arts District, the site has the potential to be a transformative center for the area and an iconic example of the Transit Oriented Community (TOC) approach to development.

Metro is in an Exclusive Negotiation Agreement (ENA) with developer Trammell Crow Company, to design a vision for a new integrated transit center, a central square and community gathering space tying together the West and East sides of Lankershim Boulevard, replacement transit parking in a structure, and a new mixed-use development that would transform the area. Learn more at nohosnextact.com 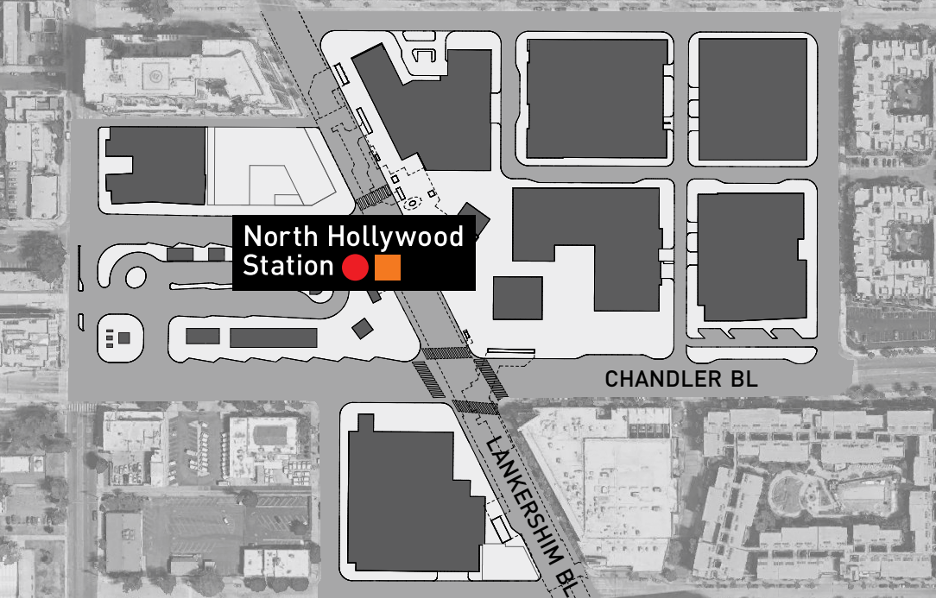