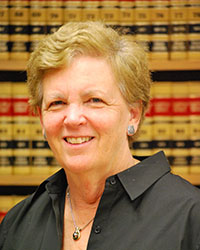 Upon her admission to the California Bar, she began a private practice in the South Bay Area of Los Angeles County.

She has served on the Judicial Council, State of California. She has also served on the Boards of legal organizations and has received awards from several Bar Associations.

Community Activities prior to becoming a judicial officer: