How Did Leimert Park Get Its Name?

Neatly manicured lawns, Spanish-styled homes and access to a quality public transportation system that links the 1.19 square-mile community to the rest of the County of Los Angeles are features that are a part of Leimert Park’s past, present and now its future with the arrival of the Crenshaw/LAX Transit Project.

At its inception Leimert Park was one of the first comprehensively planned communities in Southern California. With its easy access to at grade rail transportation via Yellow Car 5, its own theater, town square, retail stores, minimal traffic near schools, and a beautifully designed park, Leimert Park was designed for upper- and middle-class families.
It was considered a model of urban planning for its time. 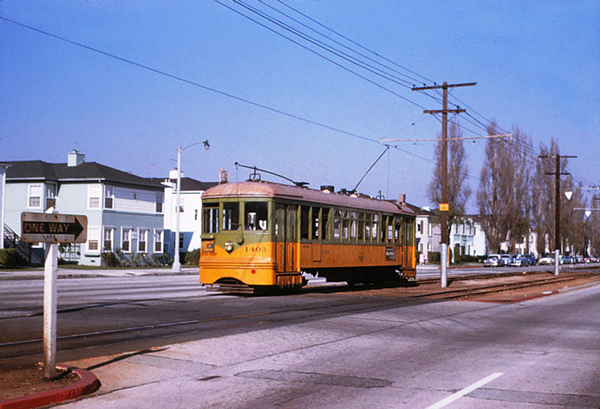 Leimert Park carries the name of its founder, famed Los Angeles developer, Walter H. Leimert. Leimert began developing the community in 1928 with the landscape architectural expertise of New York’s Olmsted Brothers. They were already known for their historic and prominent urban landscape designs throughout the United States, such as Harvard Business School and University of Notre Dame.

After starting a real estate company and developing properties in Oakland, California, Leimert decided to uproot his family and head south to find new development opportunities. Once he arrived in Los Angeles, Leimert immediately developed the Bellhurst Park section of Glendale. Once this project was complete, Leimert saw potential in the areas east of the Los Angeles River, made newly accessible by the building of six major bridges, saving travelers from the sometimes turgid river. This led to the creation of City Terrace, now a community in unincorporated Los Angeles bound by Boyle Heights, Lincoln Heights, Monterey Park and East Los Angeles.

During the marketing of City Terrace, Leimert had the chance to meet with the daughter of deceased land baron Elias Baldwin. Clara Baldwin Stocker had inherited her father’s 231-acre ranch, Baldwin Rancho La Cienega. After surveying the ranch land, Leimert bought the ranch and farm, still one of Los Angeles County’s largest land transfers. Prior to Leimert’s purchase, Baldwin Rancho La Cienega was one of the most profitable dairy farms in Los Angeles.

After designing and developing the middle-class community, Leimert went on a publicity and marketing blitz. He touted the “beautifully designed” Leimert Park as being the intersection of five major boulevards and “square in the path of Los Angeles’ march to the sea.”

Ironically enough, Leimert wrote an advertorial piece in the Los Angeles Times touting reasons to move to the eastern corridor of Los Angeles when he was developing City Terrace in which he cajoled home buyers to move west. Leimert felt so confident in this planned community that he decided to do something he had never done before, name it after himself.

After naming the community Leimert Park, Leimert aggressively advertised and marketed the new development in the Los Angeles Times , including publicity photos with young women and luxury cars parked outside the sales office.

As he stated in a Los Angeles Times advertorial piece, “I have, now, for the first time, permitted my name to be applied to a subdivision. I do so because I am 100% convinced that the 230 acres I have purchased […] present a magnificent opportunity for the creation of a very beautiful and highly successful residential and business development.”

Another promotional tactic employed by Leimert included the hiring of young actors who were paid to act as perspective customers. However, not every potential buyer could purchase a piece of Leimert’s paradise. Restrictive covenants, used as a tool to entice potential white residents, often kept non-whites from purchasing in Leimert’s new subdivision for decades. It was only during World War II that hearts begin to soften and these restrictions were eased; eventually Leimert Park became the multicultural community that it is today.

Eighty-six years later, through demographic shifts, the falling and rising stock of public rail, a stint as the 1932 Olympic Village, several Mayors of Los Angeles and the explosion of Southern California’s population, the Spanish-styled houses and the little piece of paradise that Walter Leimert envisioned still exists.
And in 2019, the trains will be back.