What Happened to the Holiday Bowl?

Not only was the Holiday Bowl part of the revival of the Japanese American community, it also became a model for integration and cross-cultural exchange in Los Angeles. The bowling alley and coffee shop, with its slanted orange roofs and “Googie” style of architecture, became a hallmark for, local residents, passing motorists, bowling enthusiasts and late-night eaters for over 40 years. Further, and unusual for the time, the bowling alley construction was financed by community shareholders.

The entrance of the Holiday Bowl coffee shop in its glory days as seen from Crenshaw Bl. Photo courtesy of City of Los Angeles, Office of Historic Resources

Though ownership of the bowling alley changed hands a few times, the Holiday Bowl served the community through nine United States presidents and countless earthquakes. It even survived two Los Angeles social disturbances without as much as a broken window.

The Holiday Bowl, sitting in the heart of the Crenshaw/LAX Transit Project at 3730 Crenshaw Bl, was also unique in that it brought together so many segments of Los Angeles to indulge in the American pastimes of bowling and eating. In fact, it was home to one of the nation’s first Asian bowling leagues.

Upon entering the Holiday Bowl, was not uncommon to look in the coffee shop and see several Asian patrons order grits and Louisiana hot links for breakfast or enchiladas for lunch. African-American patrons order yakisoba or sushi or; Latinos choose from Chinese cuisine.

In 1996 local journalist Peter Y. Hong reflected that a patron could enjoy "eggs with either Chinese char siu pork or Louisiana hot links and rice” and that it's probably the only place where you can eat like that and bowl. "Just as diverse were the bowling leagues, which were small-scaled United Nations, according to many of its participants.

The Holiday Bowl touched the lives of its community even when it was not eating or bowling. In the 1960s it was used to host fundraisers for sickle cell anemia—a disease prevalent in the African-American community and cancer research. Further, the venue hosted charity events as part of its partnership with the Martin Luther King Jr. Therapeutic Center and its work with autistic children.

However, cities evolve and in 2000 the Holiday Bowl was sold to its final owners and was later scheduled for demolition, a victim of declining business and high maintenance costs. In fact, at the time of its closing, the Holiday Bowl had been unprofitable for 15 years.

Several community members were staunchly opposed to the closing of the Holiday Bowl and formed a coalition to save the Crenshaw landmark. The group argued that the Holiday Bowl's architecture was a prime example of the symbolic architecture that defined Los Angeles in the 1950s.

They also highlighted the cultural importance of the building, most notably its importance to the local Japanese American (Nikkei) community in rebuilding their lives after World War II internment, and its role as an interracial and cross-cultural community recreation center.

In the end, the only part of the bowling alley survived into Crenshaw Boulevard’s new era; the facade of the famous Holiday Bowl coffee shop now welcomes patrons to a Starbucks. 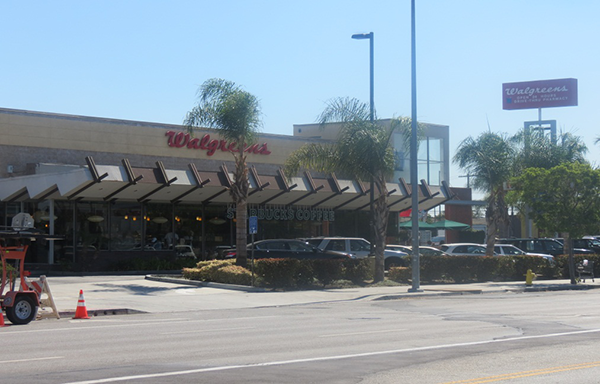