In December 2013, Metro completed the Los Angeles County Bus Rapid Transit (BRT) and Street Improvement Study that identified nine strong candidate corridors countywide for possible service.  In July 2014, the Metro Board directed staff to move forward with a more detailed corridor level analysis of two of the nine corridors, the Vermont and the North Hollywood to Pasadena corridors.  Metro is currently conducting BRT technical studies on both corridors. 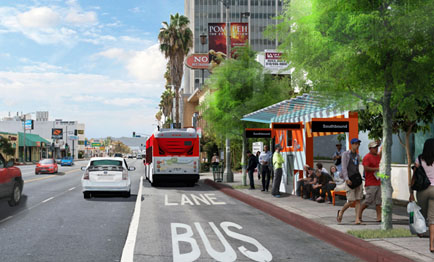 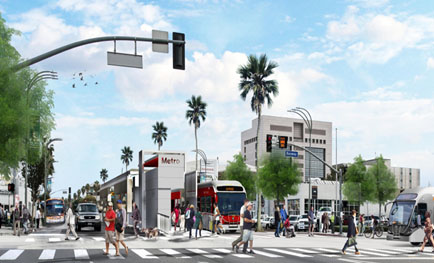 Metro is always seeking opportunities to:

What is the schedule for the BRT Corridor Technical Studies and where are we in that process?

The two BRT Corridor Technical Studies began in August 2015.  Each study is scheduled to take approximately 14 months and should be completed in Fall 2016.  When complete, a final report and recommendations will be presented to the Metro Board for their consideration and further direction.

Are these projects funded?

The BRT Corridor Technical Studies are not included in Metro’s adopted 2009 Long Range Transportation Plan (LRTP), which is currently being updated.  Both projects are being considered as part of the Draft Expenditure Plan for a November 2016 potential ballot measure being considered by the Metro Board.  On March 24 th , the Metro Board authorized the release of the Draft Expenditure Plan for a public review period.  It is anticipated that the Metro Board will make a decision as to whether to place the measure on the November 2016 ballot in June 2016.