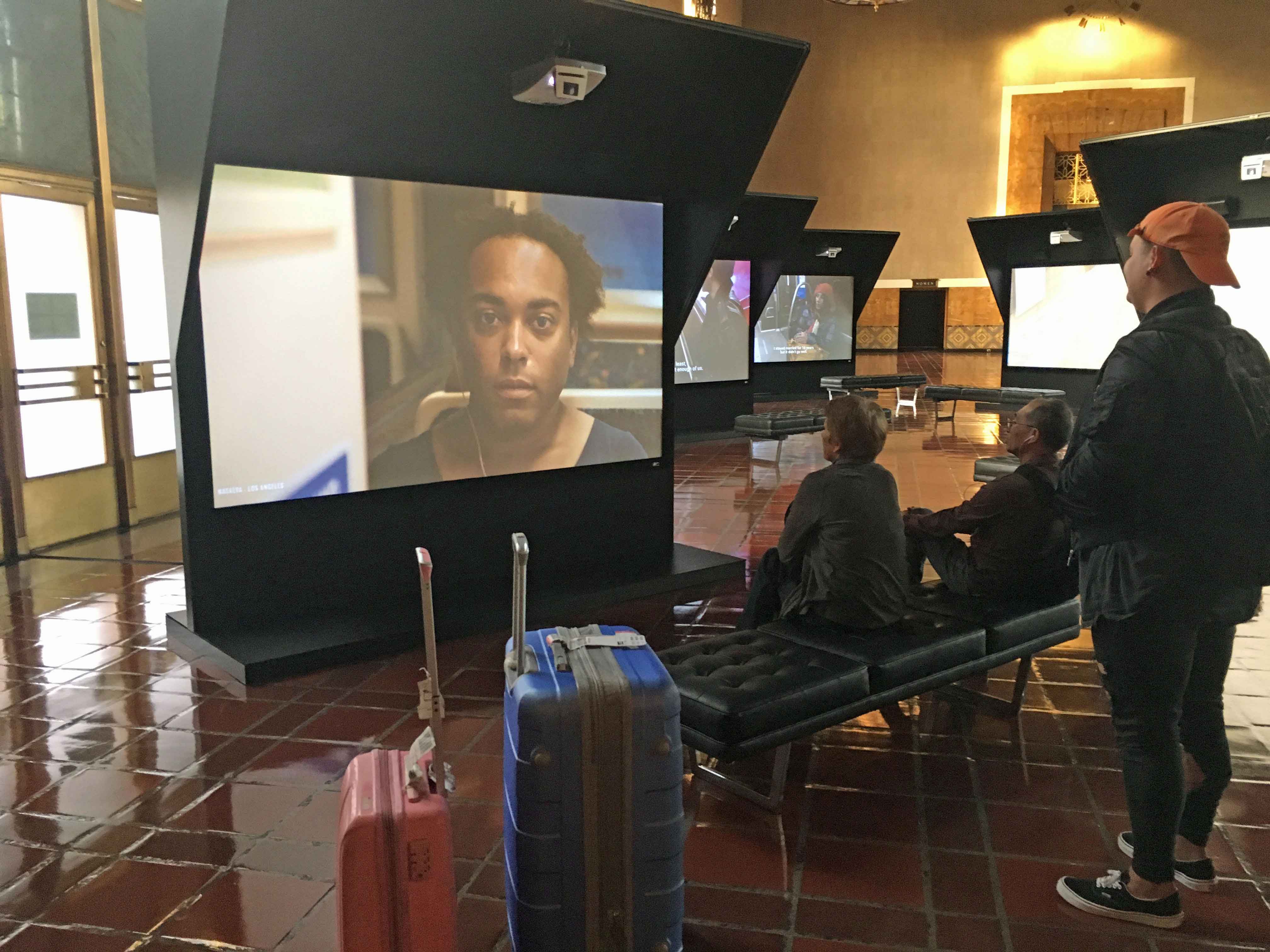 Los Angeles’ Metro Rail System is one of 13 city subway systems featured in Life Underground, and is the only U.S.-based subway system included. This temporary installation will mark the public debut of the L.A. documentary as part of Metro and the Metro Red Line’s 25th anniversary this year. The multimedia installation will be on view in the station’s historic ticketing hall. Admission is free and open to the public from 7 a.m. to 9 p.m. between January 30 and February 5. An evening celebration with an opportunity for the public to meet the artists will take place on Wednesday, January 31 from 6:30 p.m. to 8:30 p.m. The installation, coproduced by BelleMoon-La Huit, is also supported by the French Consulate of Los Angeles.

Life Underground invites visitors on a journey through the subways of the world and the personal stories of passengers. The experience features dozens of subway riders selected purely by chance who tell their stories of love, dreams, family and migration, creating a celebration of public transportation and the human experience.

“Hearing people’s stories is a privilege that inspires us to broaden how we think about ourselves and the world around us,” said Los Angeles Mayor and Metro Board Chair Eric Garcetti. “We are proud that Metro riders are featured in this creative installation, which will showcase voices and perspectives from all over the world.”

“As our subway system grows throughout Los Angeles County, we continue to showcase the importance of integrating the arts into the transit experience,” said Metro CEO Phillip A. Washington. “Metro Art & Design is award-winning and innovative, and exhibitions like these really help to add vibrancy to our transit properties.”

Four different Los Angeles subway rider stories are featured in both the web documentary and the multimedia exhibition:

Filmmaker Hervé Cohen, who collaborated with artist Tonian Irving and music composer Brian Rodvien, began filming city subway systems in June 2016. The web documentary will be released worldwide in March 2018 during the South by Southwest Festival in Austin, Texas.