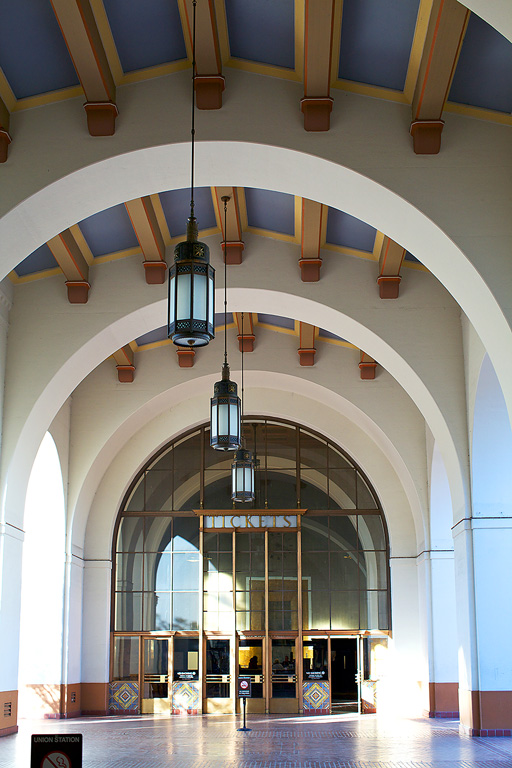 Widely regarded as “the last of the great train stations,” Los Angeles Union Station is the largest railroad passenger terminal in the Western United States.  For information on station amenities, events and transportation service , visit unionstationla.com .

Originally intended as a transcontinental terminus station for the Union Pacific, Santa Fe and Southern Pacific Railways, the station was a major hub for troop movement during World War II. With the advent of air travel, train service declined at depots across the nation – including Union Station.

The station’s historic 161,000 square foot terminal was placed on the National Register of Historic Places in 1980 and the station was restored in 1992. Beginning in the 1970s, growing use of Amtrak and expansion of local and regional rail revitalized the station as a major transportation hub. Under the Alameda District Specific Plan adopted in 1996, the 47-acre Union Station property has six million square feet of development rights.