Welcome from the Metro CEO 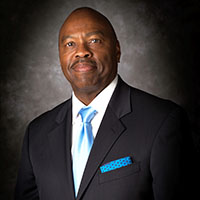 I’m Phillip A. Washington, new CEO of Metro, and I want to give you my promise that I will do my very best to continue the good work that Metro and the forward-thinking taxpayers of Los Angeles County already have accomplished in developing one of the best transportation agencies in the U.S. for one of the great regions of the world.

I grew up on Chicago’s South Side and the vehicle of choice for me during my youth was the bus. I love public transit and understand its importance to a fair and thriving society – one in which everyone has the potential to grow and succeed … not just people with cars. It’s also a key to a healthy environment as I learned in Denver, while CEO of the Denver Regional Transportation District. When the air is fragile, as it is in Denver and L.A., we need to be particularly careful of what we put into it. The more people who ride public transit and otherwise share the ride through carpools and vanpools and bicycles, too, the better our air quality will be for ourselves and for our children.

I’m excited to be here and I also want to promise you that I will be a good steward of taxpayer dollars at the same time I work to continue the forward momentum already in progress. The hard-working Metro Board of Directors and Metro staff have put many plans in action and my goal is to keep those plans rolling so that we can offer more and better travel options.

From a county that had been stripped of its trains and trolleys by the early 1960s to one with 87 miles of rail, five major rail projects under construction, 500 new and modern buses just now hitting the streets and dozens of freeway improvements underway, Los Angeles has remade itself into the modern region you deserve with a bright, mobile future on the horizon.

I look forward to working with you and for you.