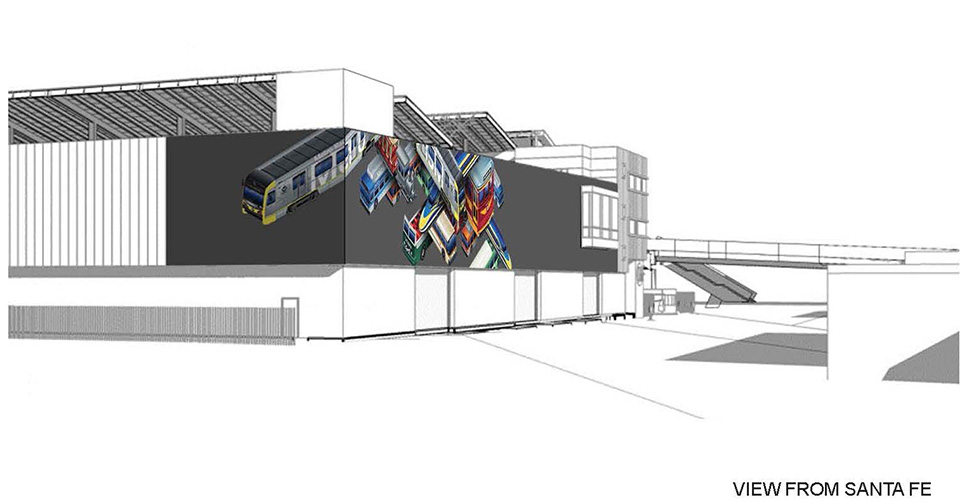 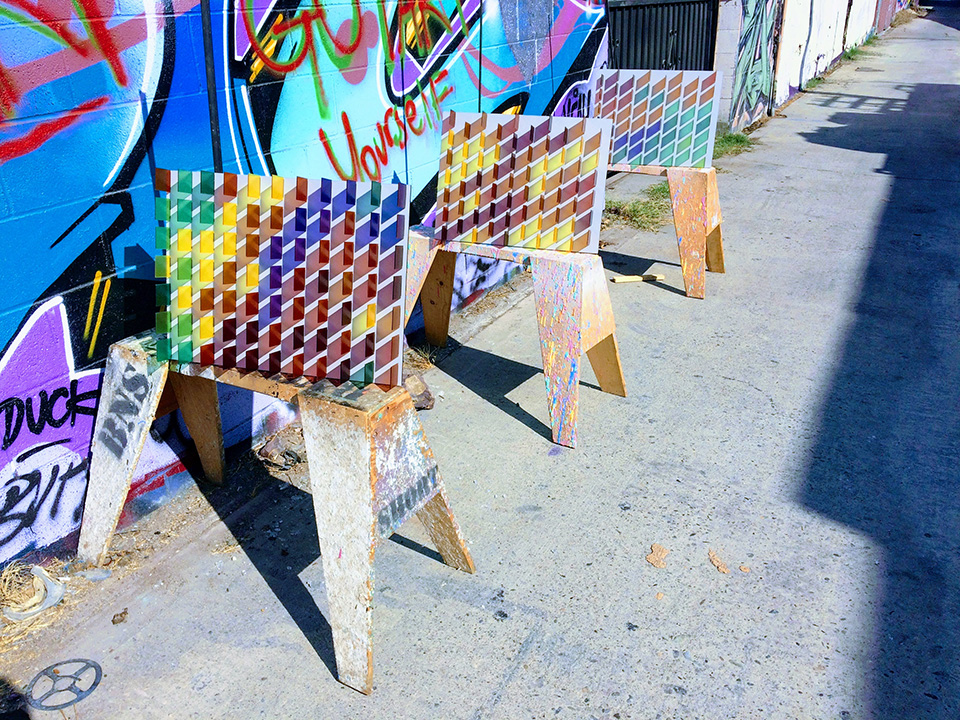 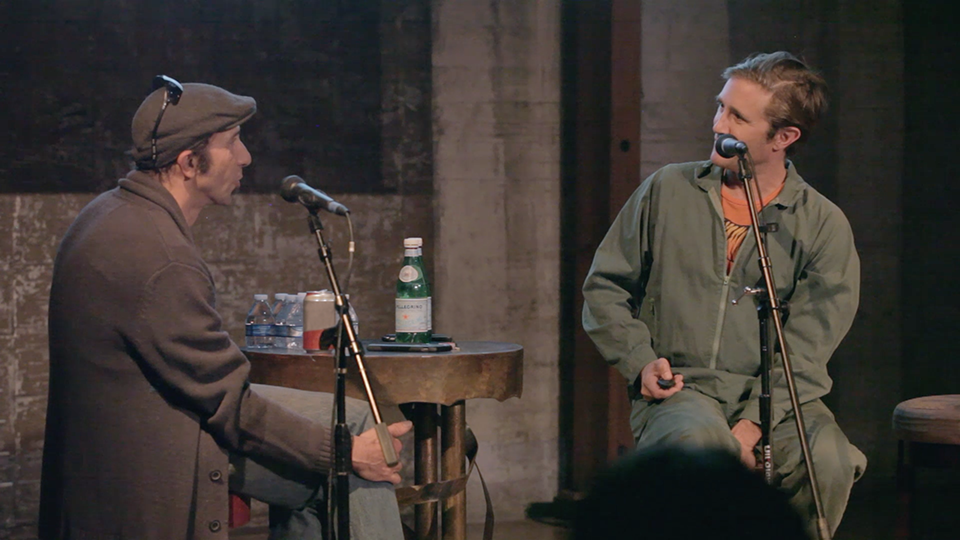 Ball-Nogues Studio’s Transit Maintenance (working title) celebrates the extraordinary innovation of past, present and future public transit systems in Los Angeles. Appearing as colored light cast across the west facade of Metro’s Maintenance of Way Building (MOW) in downtown Los Angeles, the dynamic mural changes subtly at different viewpoints and as the sun moves across the sky. From historic streetcars to contemporary trains and buses, the composition incorporates an array of intersecting vehicles culled from the Los Angeles Public Library and LA Metro Transportation Library and Archives. The pixelated imagery is reproduced with thousands of translucent acrylic chips that project from integrated panels on the surface of the building. Tapping our collective memory and imagination of public transportation in Los Angeles, the fluctuating reflections from these colored chips create a powerful optical effect that seemingly dematerializes the building facade. Located at 590 South Santa Fe Avenue in downtown Los Angeles, the artwork is scheduled for completion in 2019.

“With Transit Maintenance, we will show transit systems as an appearing and disappearing part of our history and speculate on its future.”

Operating at the intersection of architecture, art and industrial design, Ball-Nogues Studio is an integrated design and fabrication practice led by Benjamin Ball (1968, Waterloo, Iowa) and Gaston Nogues (1967, Buenos Aires, Argentina). The studio creates experimental built environments and installations. The artist-designers met as undergraduates at the Southern California Institute of Architecture and both worked for architect Frank Gehry. Ball also worked as a set and production designer in the film industry and Nogues worked in product design and production for 11 years. Among the studio’s numerous accolades are grants from the Durfee Foundation, the Graham Foundation and United States Artists. The team has completed numerous public art commissions nationwide. Their local commissions include permanent installations for the Los Angeles County Southwest Building and Safety Permit Office, the Los Angeles International Airport, Santa Monica Place as well as two apartment buildings in West Hollywood.