The Complete Works of Roland Barthes 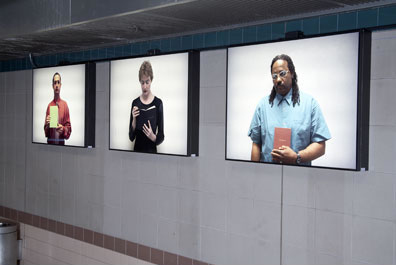 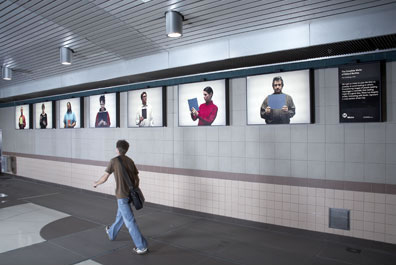 People read on trains to pass the time or, possibly, to avoid looking at others. Encountering images of people reading may trigger a reminder that reading might be a good idea. Seven Los Angeles artists represent a cross section of our city while highlighting a work by renowned author/theorist Roland Barthes.

“My project is composed of digitally-altered portraits. The seven artists I chose (from twenty-two in the series) represent a cross-section of the Los Angeles art community, as well as the city at large.”