Oak and Thistle: Views of the Santa Monica and San Gabriel Mountains (archived) 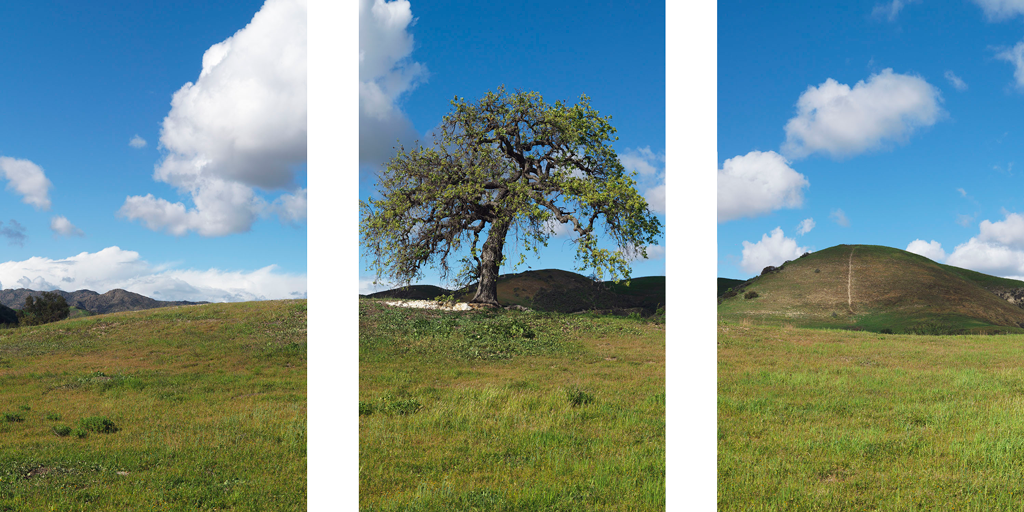 Ken Gonzales-Day’s 12 color photographs, titled Oak and Thistle: Views of the Santa Monica and San Gabriel Mountains (2015), highlight Los Angles County’s natural recreation areas and green spaces, which provide access to the beauty of California’s landscape. The series depicts the rolling hills and native flora of western Los Angeles at Cheeseboro and Palo Comado Canyon and captures the foothill woodlands that run along the San Gabriel Mountains to the east through images taken at Descanso Gardens.

“It is my hope that images from the wilder edges of the Los Angeles landscape might provide commuters and visitors to Union Station an opportunity for contemplation, and perhaps serve as an invitation to visit some of the many places where nature can still be enjoyed.”

KEN GONZALES-DAY (b. 1964, Santa Clara, California) earned a Bachelor of Fine Arts from Pratt Institute, a Master of Arts in art history from Hunter College, and a Master of Fine Arts from the University of California, Irvine. He is a longtime professor of art at Scripps College. His work has been exhibited throughout Europe and the Americas and can be found in several museum collections. Gonzales-Day has received numerous awards in recognition of his work, including grants from Art Matters, the California Community Foundation, the Durfee Foundation, Los Angeles’s Department of Cultural Affairs, the Rockefeller Foundation, the Smithsonian Institution, and the Western States Arts Federation.