The Movies: Fantasies and Spectacles 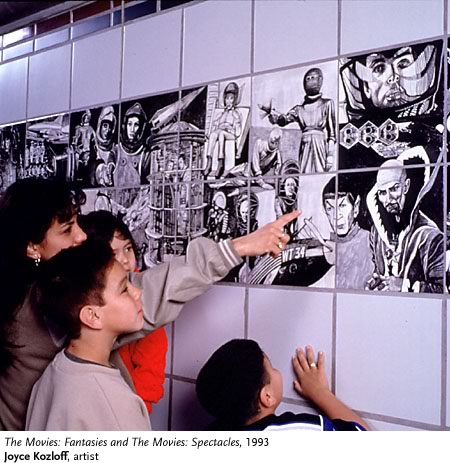 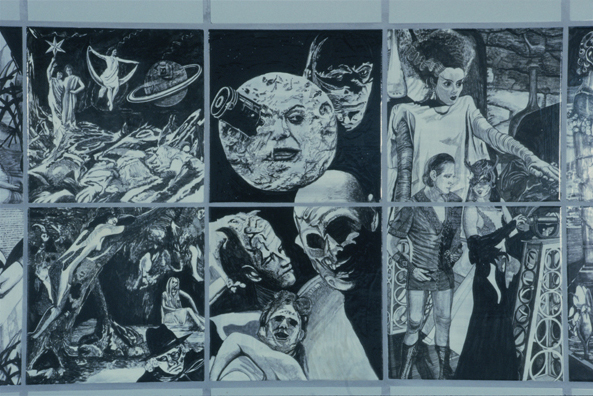 The Movies: Spectacles, on the east platform, features what Kozloff most loves about the movies: their sheer beauty. She divided the mural into the four classical elements: water, fire, air, and earth. Where in Fantasies Kozloff focuses on portraiture, in Spectacles she experiments with space and time. The images stretch across several tiles or interrupt one another.

"This work is an affirmation of my love for film, and for the city of Los Angeles. The murals are dense with images from hundreds of movies, so that daily commuters can discover and enjoy them over time. The cinema is a shared culture—there's hardly anyone who doesn't enjoy movies. I have watched people walk through the station and cluster around the artwork, sometimes to debate about it."

JOYCE KOZLOFF was born in New Jersey and now lives in New York. A graduate of Carnegie Institute of Technology and Columbia University, Kozloff has been awarded numerous public commissions, awards, and exhibitions. Public commissions by Kozloff can be seen in Pasadena, New York, Minneapolis, and Washington D.C