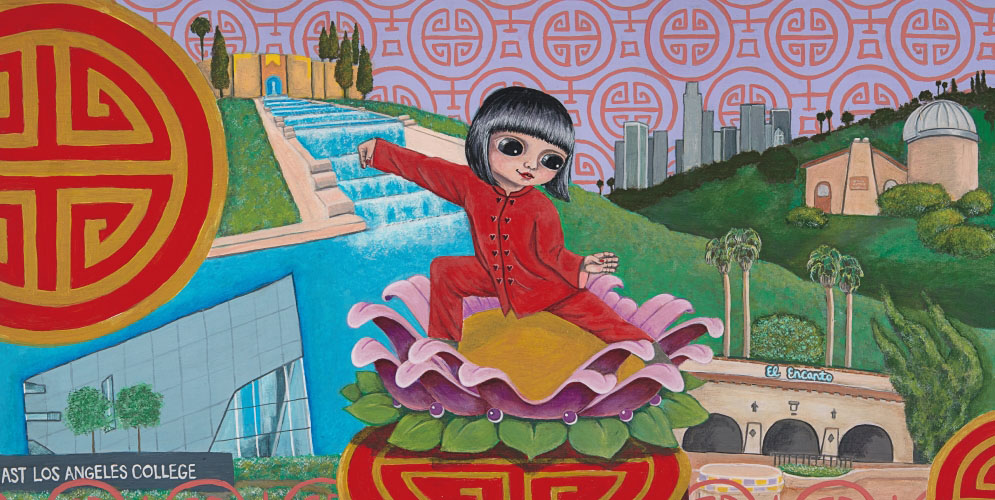 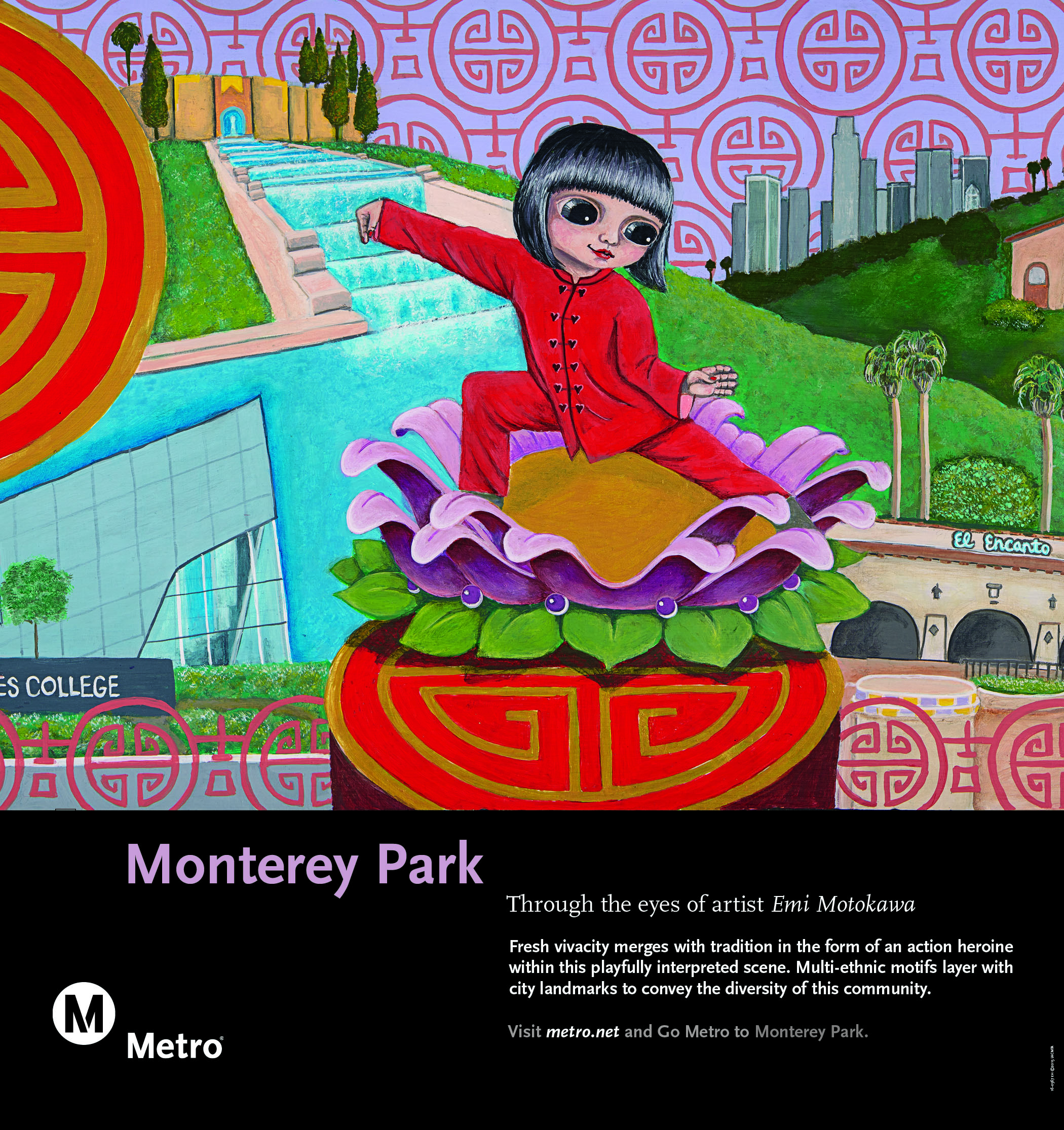 Using an animation style, the artist depicts a multi-ethnic community that is colorful, active and vibrant while also acknowledging its geography of hilly terrain and historical landmarks.

“Each morning, it is a common sight to see people gathering at the city’s parks to practice Tai-chi, so I used the central figure and a red and gold Chinese motif to symbolize the cultural image of the first city in the continental U.S. to have an Asian descent majority population. The historic landmarks of Heritage Park, Garvey Ranch Observatory and East L.A. College surround this portrait.”