Liquid Light: Flowing into the Future 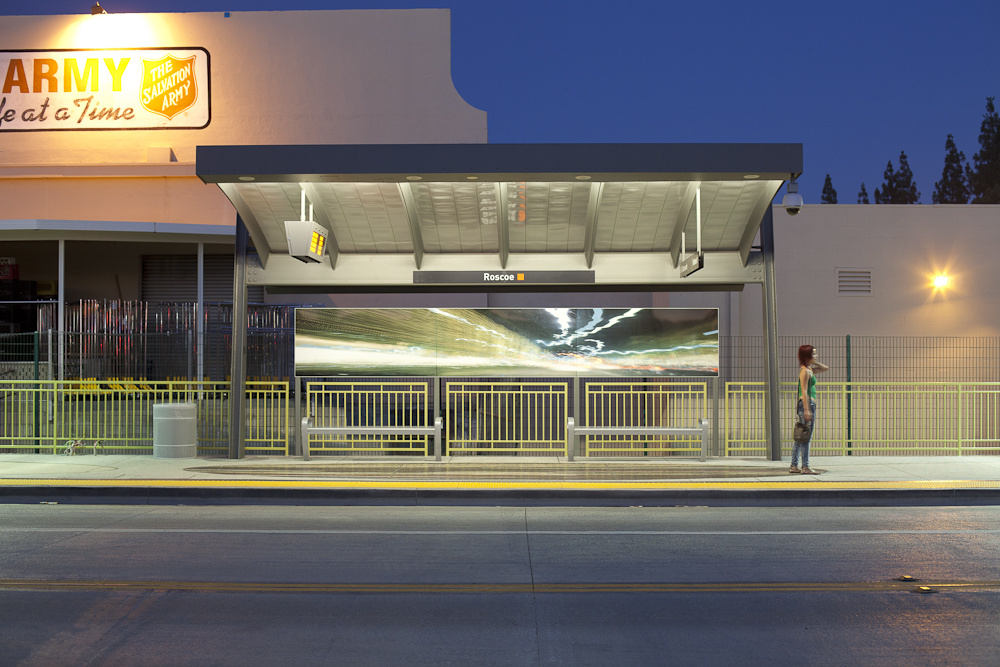 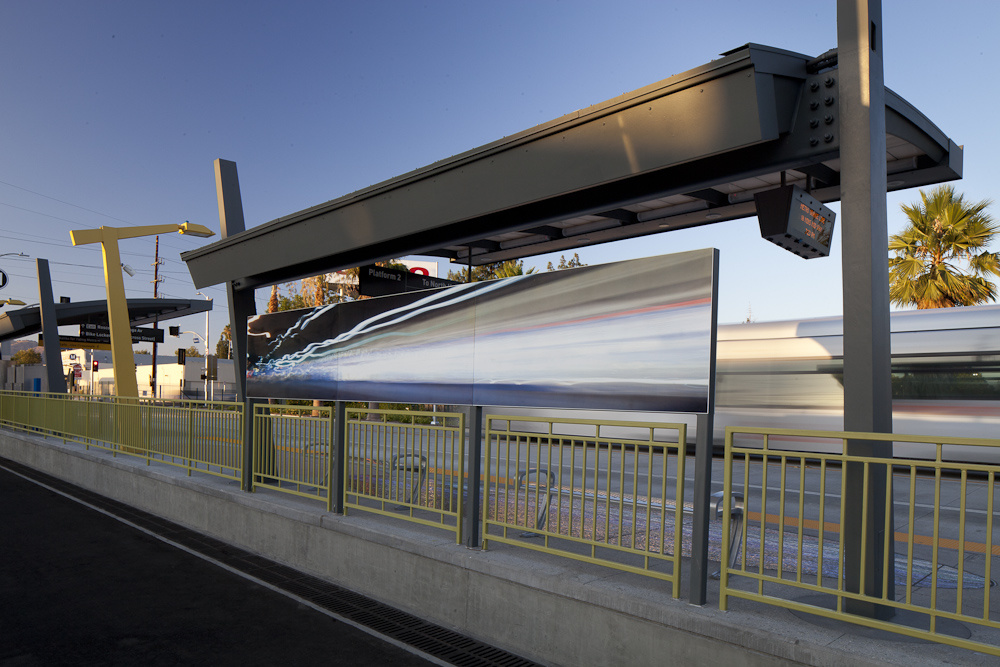 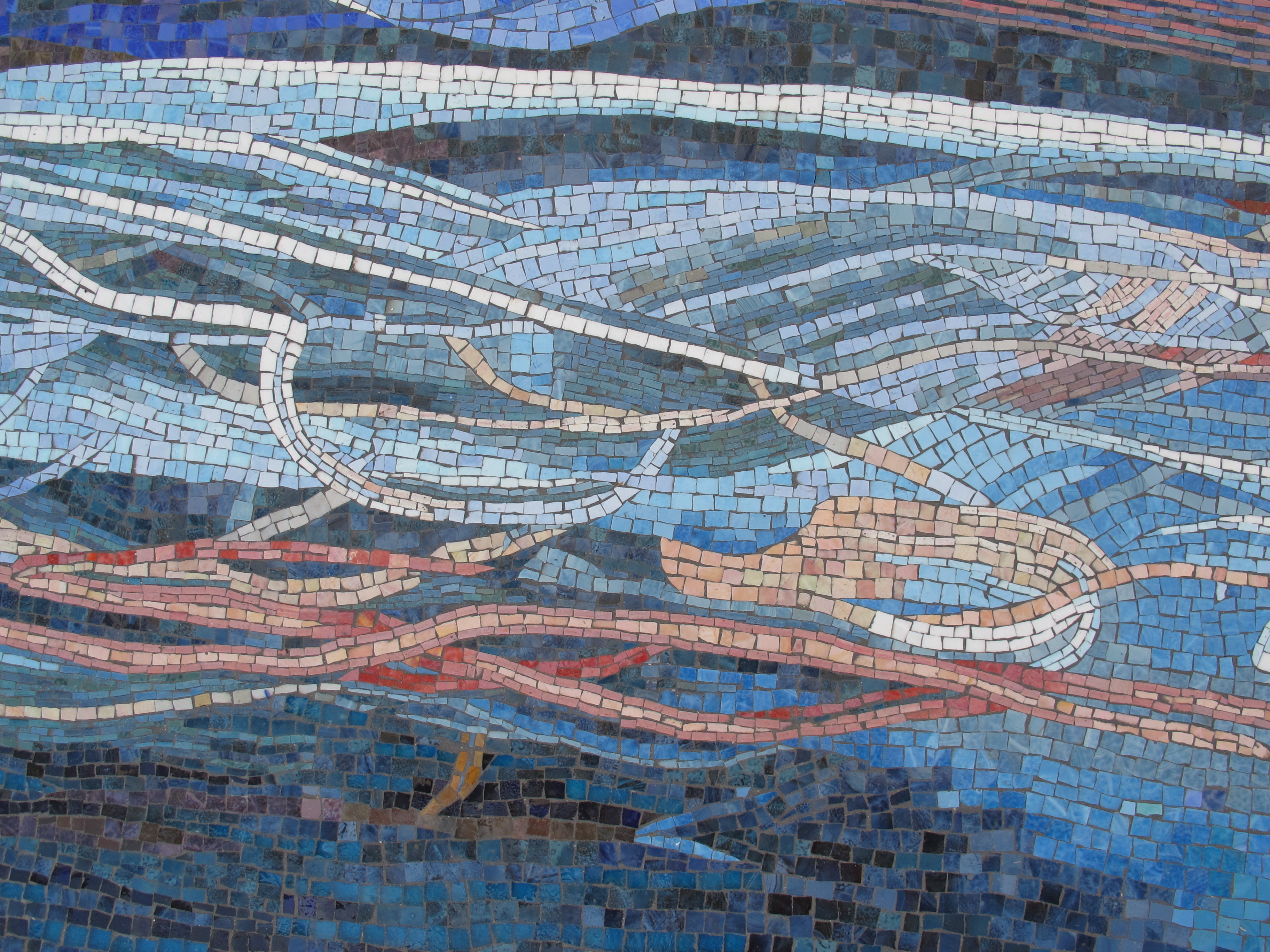 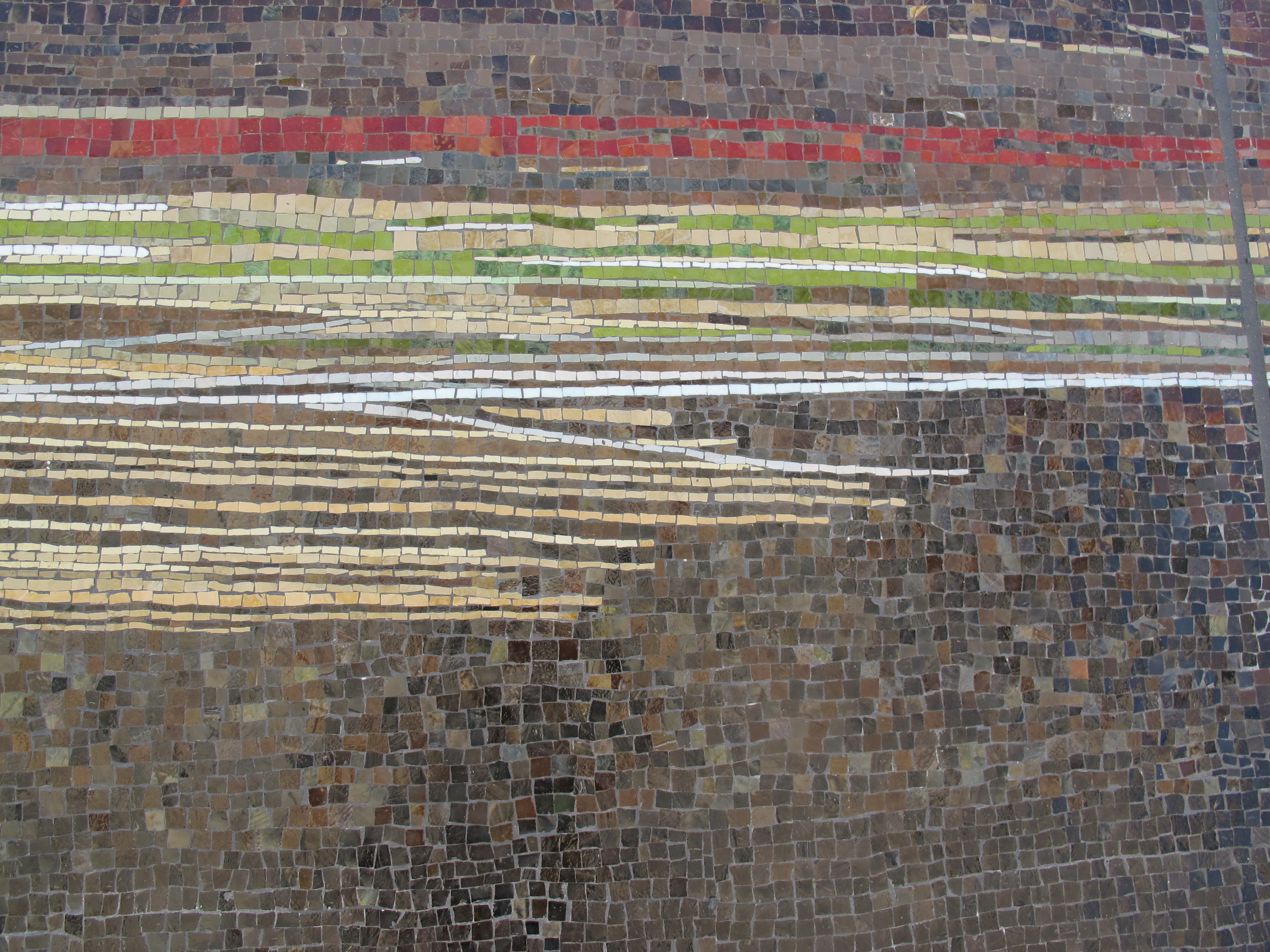 Photographed from a moving vehicle at night, the enamel steel art panels alongside platform seating areas depict bright streams of light created by cars and storefront signage on major thoroughfares. Light moves across dark panels, creating a sense of forward motion and references the engineering and aerospace industries located nearby. Ellipse-shaped glass and stone mosaic echo the fine, threadlike patterns created by traffic lights, brake lights, and illuminated signs. The images capture the feeling of rapid travel through an impression of movement left behind as streaks of light.

"The area around Roscoe Station is still evolving architecturally. There is a feeling of unbound possibilities there and I felt that quality should be inherent in my design."