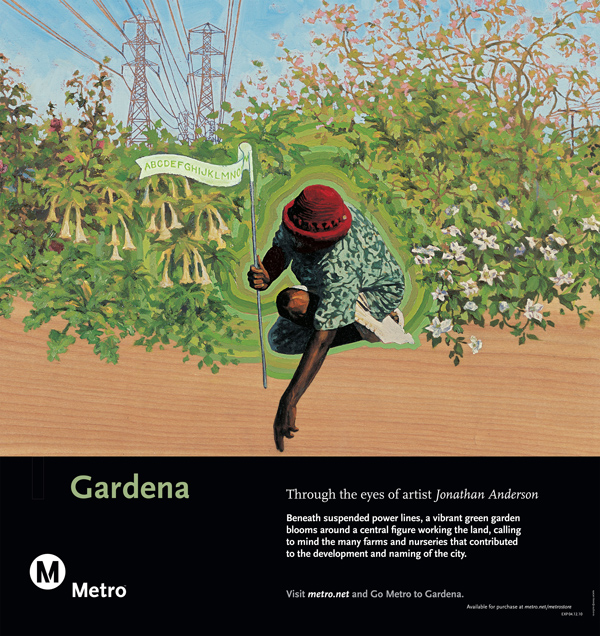 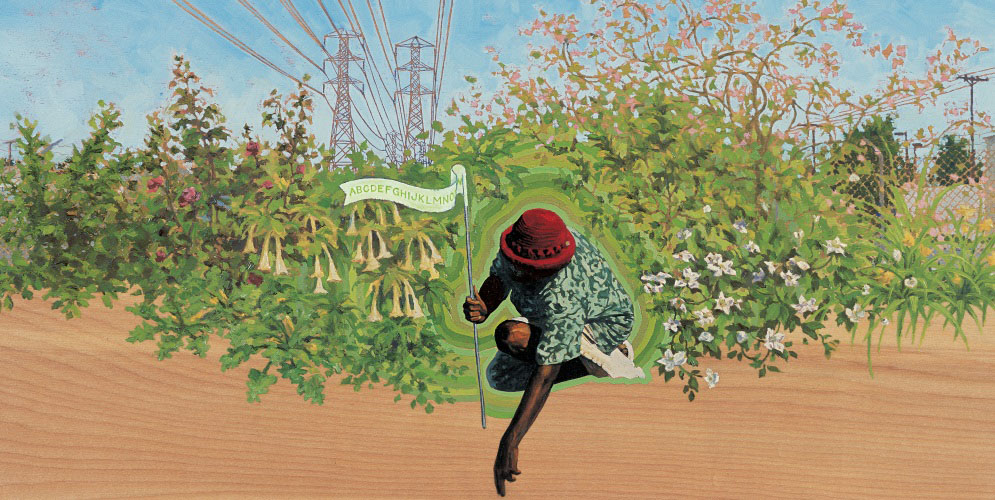 Beneath suspended power lines, a vibrant green garden blooms around a central figure working the land, calling to mind the many farms and nurseries that contributed to the development and naming of the city.

“In my painting, a woman is depicted working in this in-between space, this corridor of earth under the power lines that run between the urban structures on either side. Vegetation seems to simultaneously grow from the ground and from her own form: the plants are not only growing around her, the plants are growing because of her, because of her efforts to sustain and cultivate this space.”