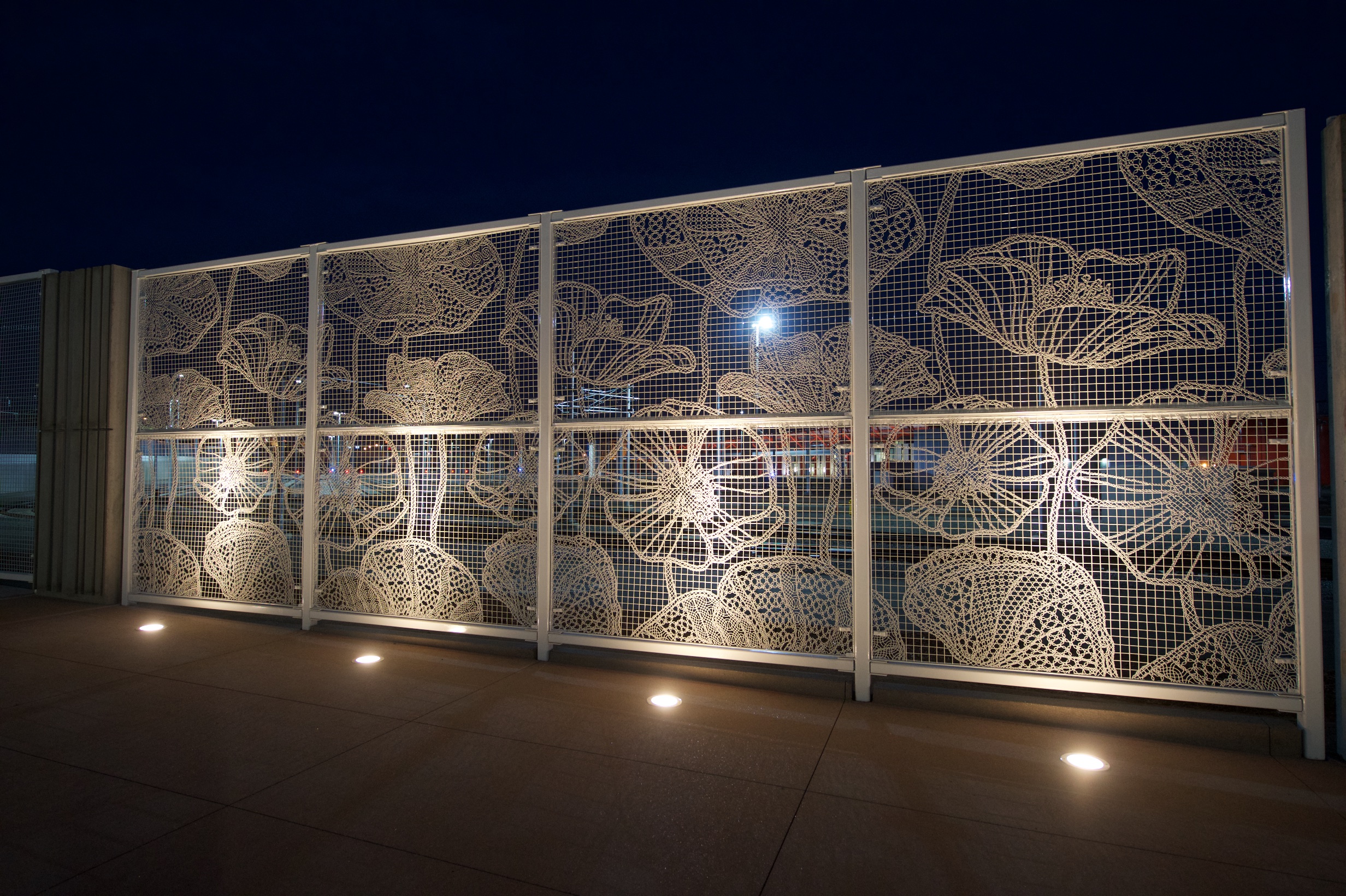 Field of Poppies (2015) by Christie Benistonintegratesa lace-like pattern of poppies into a 96-foot section of the steel mesh perimeter fence at Metro’s operations and maintenance facility in Monrovia. Employing traditional lace weaving techniques, the artwork provides a unique backdrop for Evergreen Plaza, a public viewing area at the southeast corner of Evergreen and California Avenues that allows the community to observe train activity at the site. Accounts from early Spanish explorers who noted the orange poppy-covered hillsides while sailing along the California coast provided inspiration for the design. The deep orange hue of California’s state flower can be seen on several major structures at the facility and is also present in the flowering drought tolerant ground cover planted in and around the campus.

"The first Spanish explorers sailing the coast of California in the 18th century called the region ‘a land of fire,’ noting the deep orange-colored hillsides. It was only after the ships landed that it became clear that poppies were the source of the golden color, giving California its state flower and motto ‘The Golden State.’"

Christie Beniston (b. 1961, Newport Beach, California) earned a Bachelor of Fine Arts in graphic design from Arizona State University. Her work has been exhibited in museums and galleries across the country, and she is the recipient of several awards, including an International Council of Shopping Centers Design and Development award. Among her numerous public commissions are permanent murals, sculptures and fountains for hospitals, schools, airports, shopping centers, parks and gardens located throughout Southern California in Los Angeles, Orange, and San Diego counties.