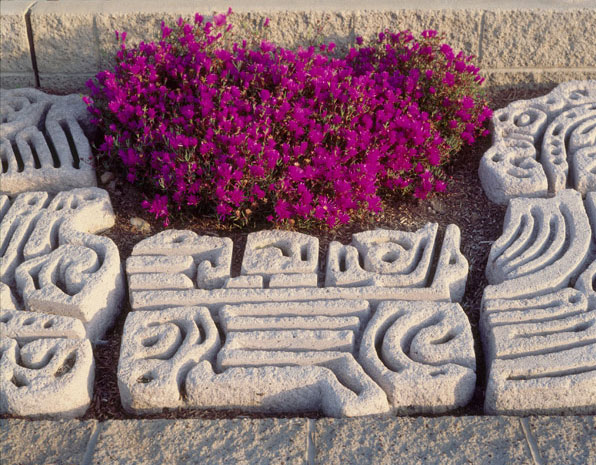 Roberto Delgado considered the station’s surrounding communities of Cypress Park, Montecito Heights, Lincoln Heights, and Highland Park and was impressed by the vitality of the people’s Mexican culture. He took the idea of the plaza, and helped create a station where people would be encouraged to gather, rather than simply providing a place where trains would come and go. The plumed serpent, Quetzalcoatl—a major Mesoamerican deity—provided the inspiration for the artwork. Carved from cantera limestone mined in Ojuelos, a small town in Eastern Jalisco in Mexico, the segmented block units have been placed in serpentine fashion along gently sloping planter beds parallel to the station platform.

Photographs of people taken by the artist along Figueroa Boulevard, images from the nearby Loreto Elementary School archives, and the artist’s mother’s 1935-36 Lincoln High School yearbooks provided approximately 150 images that Delgado silkscreened and airbrushed onto broken porcelain paver tiles. These images were combined with Mexican motifs taken mostly from the Borgia Codex—an ancient document thought to be one of the original sources of pre-Columbian religion—and broken and cut bits of Talavera tile to create 12-inch ceramic tiles that have been set into the pavement throughout the platform. The resulting work invites exploration and contemplation.

“The neighborhoods surrounding this station have always been and probably will continue to be Mexican. The plaza in Mexican culture is a place where people gather, and in this station it is a place where Mesoamerican and local history are combined to make a distinct ‘place.’ From photographs of local inhabitants to the Talavera tiles, from elements of the Aztec and Mayan cultures to limestone from Jalisco, this station represents the determination of a people, and a confirmation of the longevity of their culture.” 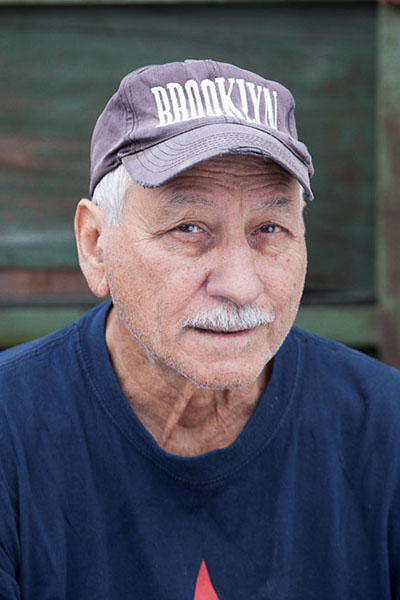 ROBERTO DELGADO received a Master of Fine Arts from UCLA. He was the recipient of a Brody Arts Foundation Grant, and earned two coveted Fulbright Fellowships in 1996 and 1987. His murals investigate the esthetics of color and form framed within the politics of the human condition, and can be seen in numerous cities across the US, including the: Hartsfield International Airport in Atlanta, GA; the Federal Courthouse in Pocatello, ID; the North Carolina A&T State University in Greensboro; at Lincoln High School, the LAPD Training Center, and in other Los Angeles area locations. His paintings and drawings have been exhibited in galleries in Alaska, France, Mexico, Scotland, Germany, Costa Rica, and South Africa.