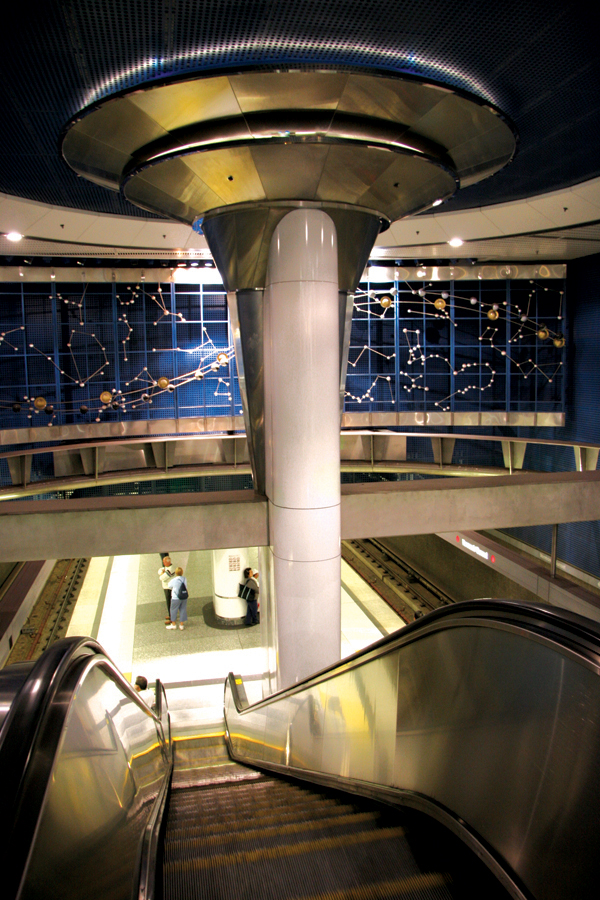 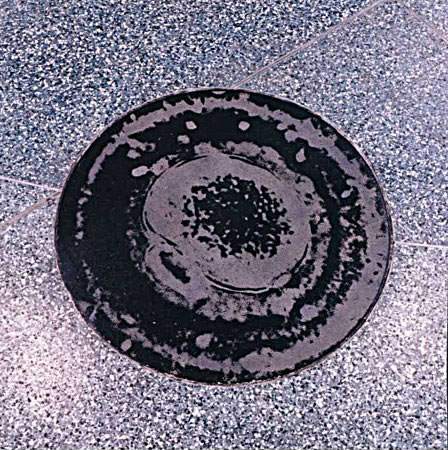 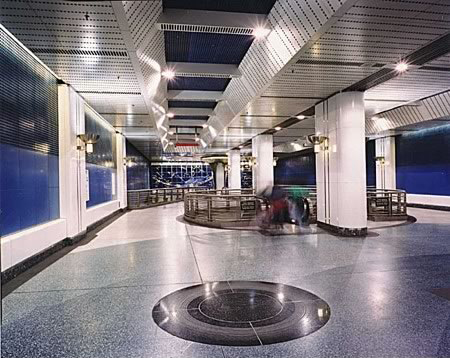 This artist/architect team has created a strong urban design that makes use of numerous elements drawn from neighboring landmarks. The Vermont/ Sunset Station is surrounded by medical centers including Children's Hospital Los Angeles, Queen of Angels/Hollywood Presbyterian, and Kaiser Permanente. Architectural details for this station are also borrowed from 1950s Sci-Fi as well as contemporary postmodern designs.

Artist Michael Davis inlaid the station floor and walls with granite patterns of celestial orbits and metal etched with spheres containing medical symbols and microscopic images of life forms, a reference to the iconography that is commonly shared by astronomy and medicine. From the mezzanine deck passengers can gaze upon a chart which maps their placement in the universe. As they exit the station they can see Griffith Park Observatory while its famous domed form is echoed in the design of the street level elevator.

“I am strongly influenced by science and astronomy whose primary investigations seek the origins of life forms. The station site is, in a way, a concentration of the many resources which drive my work. I don't want illness to be hidden. I want to introduce the young patients/patrons of the medical facilities to studies of medicine and science.”  - Michael Davis

“The design incorporates a sequence of uniquely defined spaces which serve to orient patrons as they transition from the street to the train platform. The challenge was to humanize the station; collaborating with Michael addressed this by creating elements within the architecture with which people could relate. For me, one of the most exciting aspects of being an architect has become working with artists.”  - Richard J. Diedrich

DIEDRICH ARCHITECTS (now Diedrich/Niles Bolton Associates) is an Atlanta firm established in 1980. D/NBA has completed transit, retail, and clubhouse projects located across the United States and around the world from Europe to the Pacific Rim. Clients include Neiman Marcus, Bloomingdale’s, Metropolitan Atlanta Rapid Transit Authority, Dade Area Rapid Transit Authority, Jack Nicklaus Development Corp., and University of Georgia. Richard Diedrich was the principal-in-charge of architecture for this station.