The Crying Rock and Saint Monica 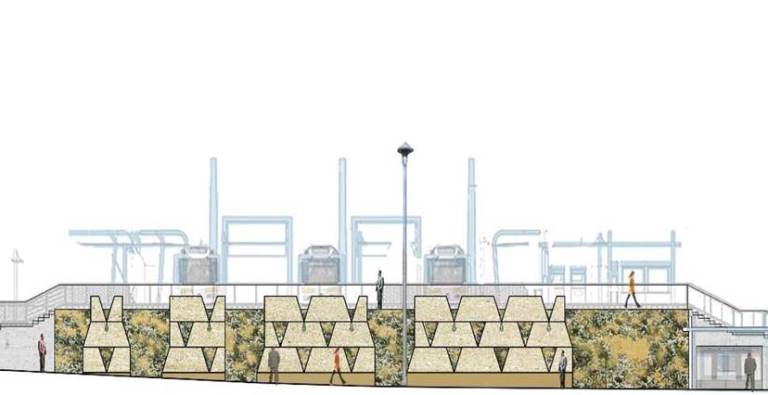 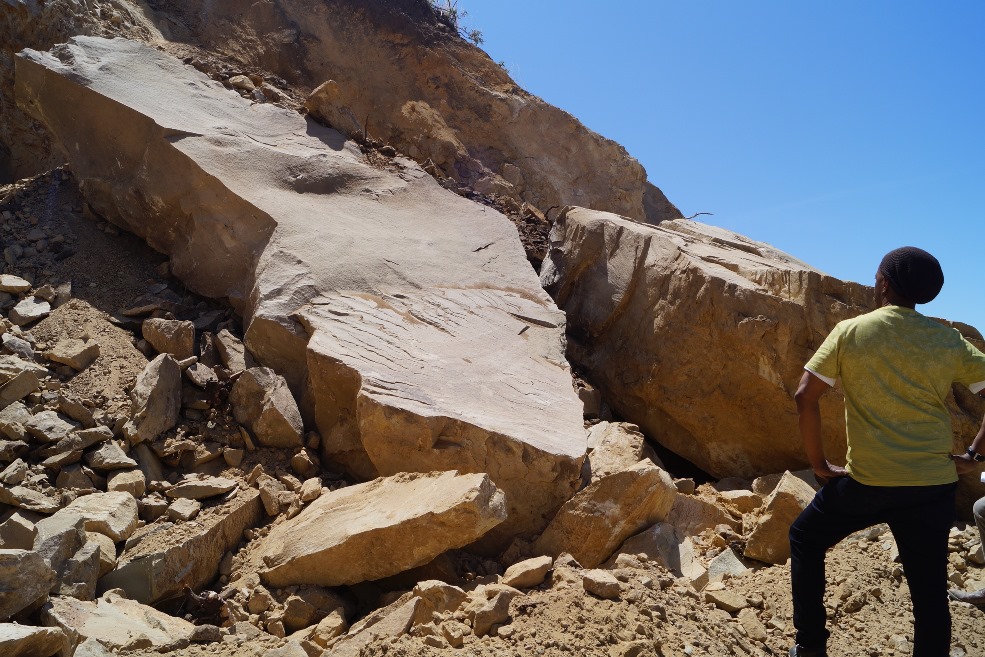 Saint Monica, known as the "weeping saint," was said to have shed tears every night over her son Augustine's hedonistic lifestyle. Father Juan Crespi was reminded of her eyes when he first saw a pair of sacred springs, named Kuruvungna by the native Tongva tribe, at what is now the border of Santa Monica and West Los Angeles on the campus of University High School. The cultural and geological history behind the City of Santa Monica’s namesake became the conceptual entry point for this artwork.

While the Spanish missionaries associated the watery tears with Saint Monica’s motherly frustration, Tongva elder and cultural consultant Julia Bogany recalled the story of The Crying Rock, which references the painful memory of lives taken during Spanish colonization. The story is one of grief but also of Tongva mercy and resilience. The artwork holds these personifications of nature and remembrances in parallel. Water has shaped the geology of Santa Monica, eroding the sandstone at the coastline while giving life to the Tongva and settlers. The sculpture’s monumental sandstone and hand-formed glass recall Kuruvungna, Saint Monica, the Crying Rock and the Palisades at the center of Downtown Santa Monica. Gold paint and climbing white roses adorn the station wall, glowing in the afternoon light, inviting pedestrians to weave through the sculpture and feel the awe of nature and heft of memory.

The Crying Rock and Saint Monica  will be installed at the west end of Downtown Santa Monica Station, along 4th Street, in Metro property.

"The power of water is integral to the geologic history of Santa Monica. Water shaped the coastline, eroding the sandstone at its edges. And yet most residents seldom engage this geology. This artwork springs from this enmeshing of geological and cultural history."

WALTER HOOD is the Creative Director and Founder of Hood Design Studio in Oakland, CA. He is also a professor at the University of California, Berkeley and lectures on professional and theoretical projects nationally and internationally. Hood Design Studio is a tripartite practice, working across art + fabrication, design + landscape, and research + urbanism. The resulting urban spaces and their objects act as public sculpture, creating new apertures through which to see the surrounding emergent beauty, strangeness, and idiosyncrasies. The Studio’s award winning work has been featured in publications including Dwell, The Wall Street Journal, The New York Times, Fast Company, Architectural Digest, Places Journal, and Landscape Architecture Magazine. Walter Hood is also a recipient of the 2017 Academy of Arts and Letters Architecture Award.